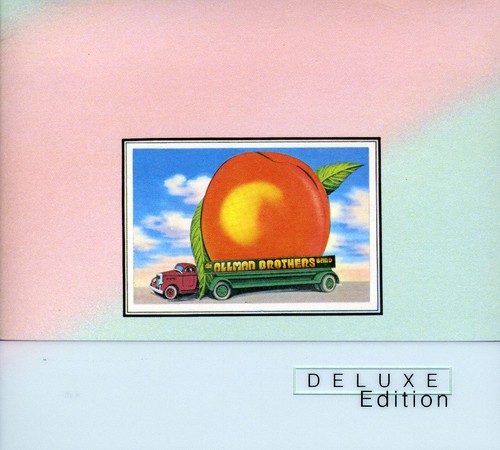 EAT A PEACH 2 CD DELUXE EDITION features the re-mastered version of the classic album on Disc One, while Disc Two showcases the complete, legendary performance of The Allman Brothers Band at the final June 27, 1971 fillmore East concert, including nearly 70 minutes' worth of highly charged, never-before-heard performances.

''Eat a Peach'' is a 1972 double album by the American Southern rock group The Allman Brothers Band; it was the last to include founding member and lead slide-guitar player Duane Allman, who was killed in a motorcycle accident while the album was being recorded. - Wikipedia