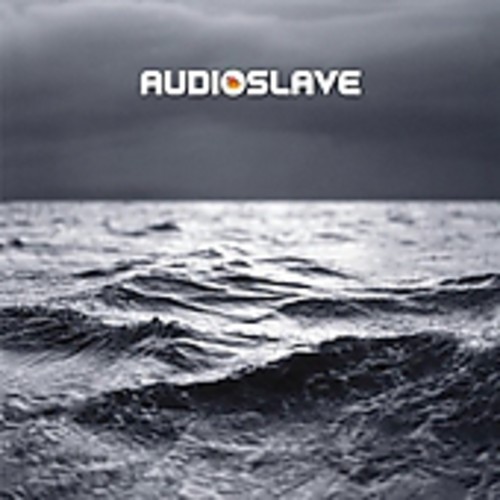 This is the new album from Audioslave that features the hot new single "Be Yourself."

''Out of Exile'' is the second studio album by the American hard rock band Audioslave, first released on May 23, 2005 internationally and a day later in the United States. It is the band's only number one album on the ''Billboard'' 200. Four singles were released: "Be Yourself", "Your Time Has Come", "Doesn't Remind Me", and "Out of Exile". "Doesn't Remind Me" was nominated for Best Hard Rock Performance at the 2006 Grammy Awards. - Wikipedia

Audioslave's self-titled 2002 debut was a multi-platinum success, proving that the supergroup concept actually works sometimes. On their sophomore effort, former Soundgarden singer Chris Cornell and Rage Against the Machine refugees Tom Morello, Tim Commerford, and Brad Wilk do themselves one better with 12 tracks that flaunt even stronger songwriting and tighter arrangements.

There's also a pronounced change in outlook as Cornell's lyrics-relationship-centric, save the social commentary of opening track "Your Time Has Come"-are happier and more optimistic, almost sappy in spots. Even "The Curse," which has elements of the hand-wringing angst we usually associate with him, skews positive as he declares, "I will be your luck, never your curse." Musically, Out of Exile has a somewhat lighter tone as well, from the psychedelic bounce of "Dandelion" to the rolling harmonies of "Doesn't Remind Me" and the sweet, melodic textures of "Yesterday to Tomorrow."

Given the personnel, however, Audioslave can only get so light, and there's plenty of kick in the martial-rhythmed title track, the blistering "Man or Animal," the bluesy big beat of "The Worm," and the urgent charge of "Your Time." Morello is sparing with his guitar tricks this time out, but when he unleashes the turntable-like sounds on "Man or Animal" or choppy wah-wah on "Be Yourself," it's to good effect.