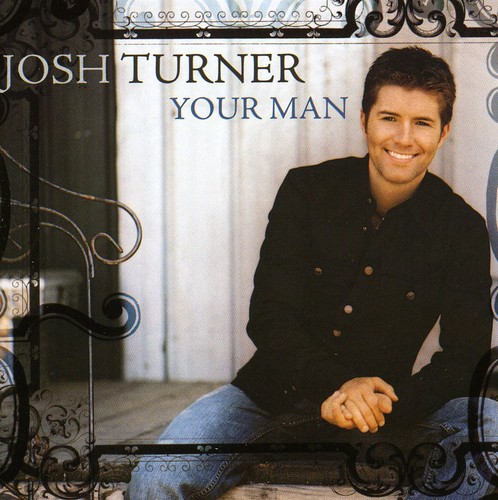 New artists dream about the kind of results Josh Turner achieved with his 2003 debut, Long Black Train. That debut, however, was merely a prelude. Turner's sophomore project, Your Man, demonstrates an increased maturity, a better-honed sense of his strengths and a more specific portrait of the singer as both an artist and a man.

"Your Man" was the first single released followed by "Would You Go with Me" and "Me and God." Also included is a cover of Don Williams' 1991 hit single "Lord Have Mercy on a Country Boy". - Wikipedia

For the title track (and first single), Turner redirects his resonant baritone, which made "Long Black Train" so ominous, away from moody existential metaphor and toward matters of the bedroom, to craft the sexiest slice of Nashville pillow talk since Gary Allan's "Nothing On But the Radio" steamed up '04.
back to top