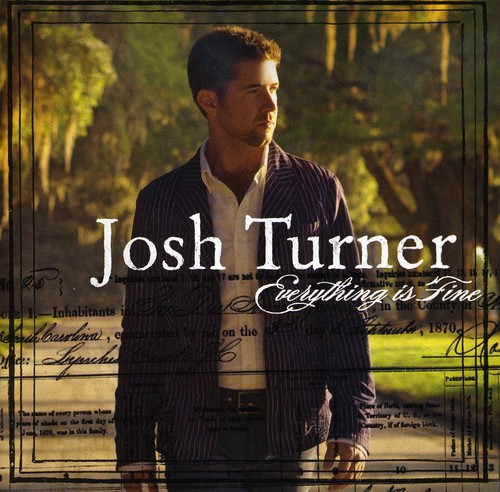 Real life - including heartaches, happiness and everything in between - has had a way of finding itself in Josh Turner songs. Turner's drive to"carry on"has led to his latest CD, Everything is Fine. The album is grounded in the traditional music from his grandparents'record collection he heard growing up. Special guest appearances include Anthony Hamilton and Trisha Yearwood.

''Everything Is Fine'' is the third album from Josh Turner, released on October 30, 2007. "Firecracker" was the first single released, reaching #2 on the Hot Country Songs charts, and was followed by "Another Try", which peaked at #15 on the same chart. The title track was released as the album's third single and

The album debuted at number five on the U.S. Billboard 200 chart, selling about 84,000 copies in its first week. It has been certified gold by the RIAA.

"One Woman Man" was previously recorded by George Jones on his 1989 album of the same name, and before that by Johnny Horton, its co-writer, in 1956. - Wikipedia