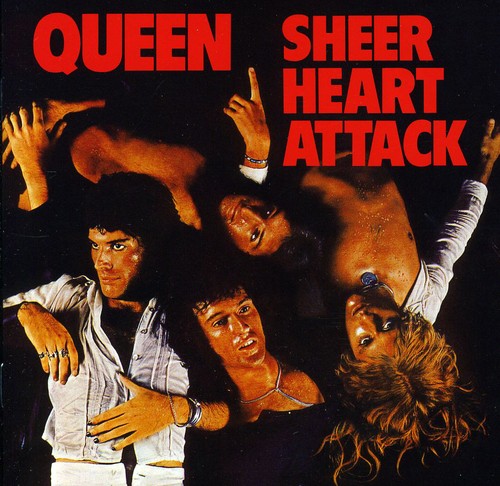 Digitally remastered edition of the British Pomp Rock band's 1974 album. Sheer Heart Attack, Roger Taylor's favorite Queen album, was released in 1974 and reached #2 in the UK. Prior to this, Queen were mostly considered a heavy Rock band, but this album experimented with a variety of musical genres, including music hall, Heavy Metal, ballads and Ragtime. At this point, Queen started to move away from the progressive tendencies of their first two releases into a more radio-friendly, song-orientated style, illustrated by 'Killer Queen', which was their biggest hit at that point reaching #2 in the UK. It also went to #12 in the US Billboard Charts, the first of many hits there. A song about a high-class call girl, it contains the guitar solo that Brian May is most proud of and won Freddie his first Ivor Novello Award. Island.