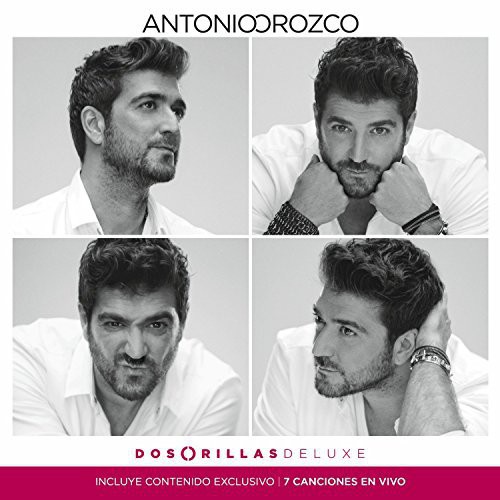 Antonio Orozco is one of the brightest and most talented artists in the Latin music scene today. The singer and songwriter has forged since 2000 a priceless musical legacy based in seven studio albums and plenty of successes. His highly anticipated 2014 album DOS ORILLAS was produced between two continents. In one hand renowned producer Rafa Sardina from Los Angeles who has worked with some of the biggest names in Latin music. In the other hand, producers, Xavi Perez and John Caballes from Barcelona. And as a bridge between the two worlds, Antonio Orozco himself, who has managed to give life to the most complete collection of songs recorded throughout his career. This exclusive album also features 7 songs recorded live during his Terra Live Concert as a bonus material.