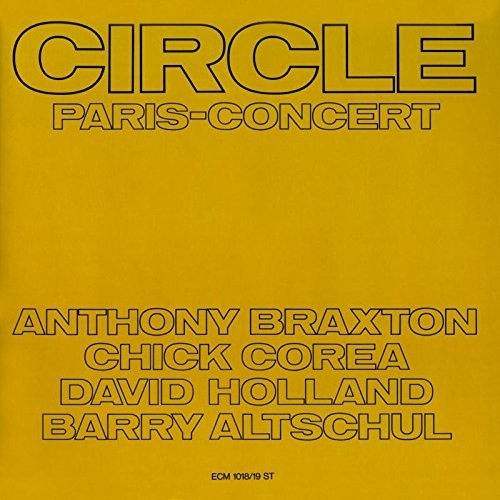 Limited vinyl LP pressing. Circle was an avant garde jazz ensemble active in 1970 and 1971. The group arose from pianist Chick Corea's early 1970s trio with Dave Holland on bass and Barry Altschul on drums and percussion with the addition of Anthony Braxton in a leading role on several reed instruments. The group's earliest (and only studio) recordings were made in 1970 for the Blue Note label but not released until 1975 under Corea's name. A live double album appeared on the ECM label in 1972. These recordings document a period in which Corea's work was steeped in the jazz avant garde, prior to his complete shift to the jazz fusion orientation. Circle was a band on fire with creativity. Corea and Holland had just left Miles Davis's band, keen to explore all parameters of new music in an improvised context. Braxton, equally inspired by Stockhausen and Coltrane, brought in new directions from the AACM. Altschul's resumĂ© included extensive work with Paul Bley. Together they were, for a while, matchless. Melody Maker: "Paris Concert is evidence that here was one of the most excitingly talented