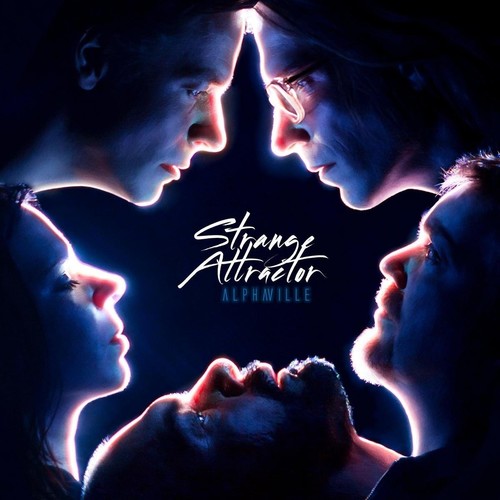 With cult bands, this is a matter of course: many of them still rest on their hit singles and their typical sound. Alphaville is quite different. Even if hits like "Big In Japan" and "Forever Young" remain unforgotten, the synthpop legends 2017 look into the future - with their new album "Strange Attractor". For seven years fans had to wait for the successor of "Catching Rays On Giant". A time when much happened. Alphaville had to continue on following the loss of keyboardist Martin Lister, who died in 2014. The result was a new form of the band, with singer Marian Gold, keyboardist Carsten Brocker, guitarist David Goodes, drummer Jakob Kiersch and bassist Alexandra Merl. It was clear that this also involved changes in their sound. And so "Strange Attractor" is perhaps the most varied album of the band's career. In a total of 13 songs, Alphaville combine 80s electro pop with rock, funk and soul. How it sounds, they already revealed with the first single "Heartbreak City". New songs from a new band: With their seventh album "Strange Attractor", Alpahville 2017 brings fresh air into their oeuvre and the entire pop landscape.