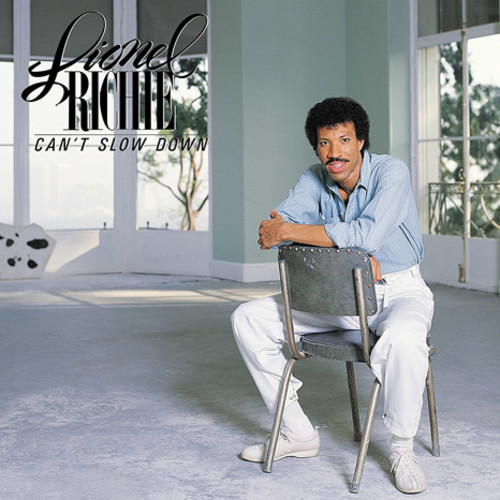 Limited vinyl LP repressing. Can't Slow Down is the second solo studio album by pop/soul singer/songwriter Lionel Richie. It was released on October 11, 1983 by Motown Records. The album reached #1 on the Billboard album chart. It also spent 59 consecutive weeks inside the Top 10 (including the entire year of 1984) and a total of 160 weeks (over three years) on the Billboard 200. After being the third best-selling album of 1984, it went on to win a Grammy Award for Album of the Year in 1985, beating out such heavyweight contenders as Born in the U.S.A. by Bruce Springsteen and Purple Rain by Prince. By 1986 the album had sold 15 million copies, eventually selling over 20 million.