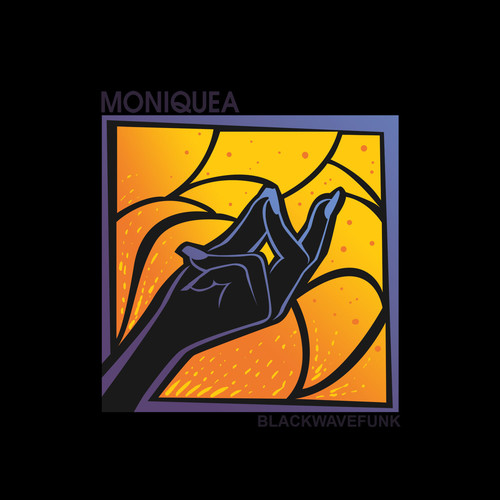 2017 release. Moniquea established herself as one of the foremost female artists in the modern funk scene with her 2014 MoFunk Records debut album Yes No Maybe. For her followup, she continues exploring and expanding upon the boogie/modern soul sound of her debut, and at the same time, ventures bravely into a new sound inspired by the new wave and synthpop sounds of the '80s. Thus, the album title: Blackwavefunk. Listening to Blackwavefunk feels like sweeping across a spectrum of sounds and feels. The lead single, "Checkin' Out," channels the 'street funk' sound that Moniquea's native California is known for, while "I Just Don't Know" slows the pace and mood to offer up one of the few true downtempo love songs of the genre. "When You Are Away," "Make You Feel My Love" (featuring Brian Ellis) and "Why Can't You See" offer sleek, sexy modern soul soundscapes while the Turquoise Summers-produced "Knew It" thumps with a menacing g-funk bounce. Finally, the wave in Blackwavefunk reveals itself on the eccentric "Check Your Sources," an anthem about sordid speculation and grievous gossip, over a musical backdrop that sounds like 1999-era Prince and DPG somehow achieved perfect sonic fusion. The album's closer, "Famous," takes it further and gives a glimpse of what it might sound like if Bernie Worrell played synth basslines for OMD or Pet Shop Boys.