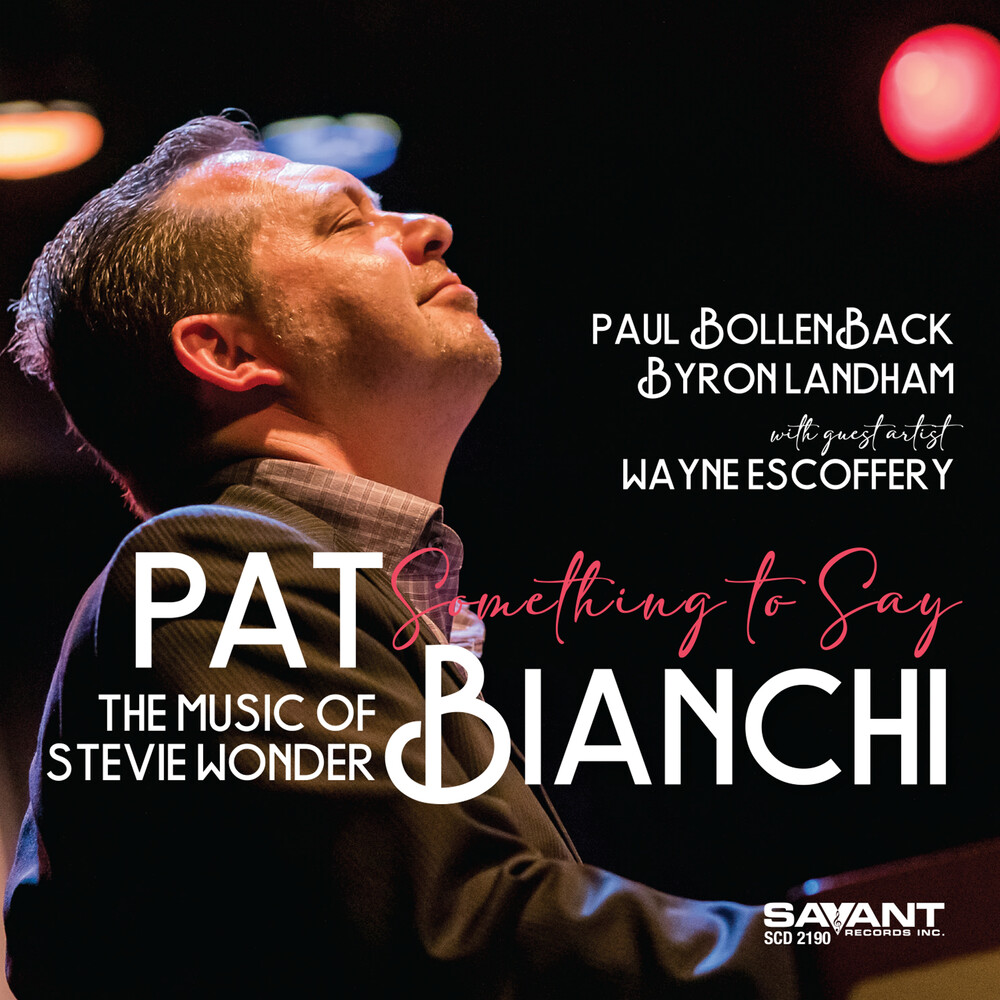 Perhaps no other instrument in jazz boasts such a classic and beloved status as the Hammond B3 organ. On stage it sits like a majestic relic from jazz's distant past, a slightly odd Rube Goldberg machine whose spinning speakers produce a saturated, unmistakable sound imbuing every performance with it's own recognizable style. That style has set deep roots in American music including, of course, jazz and blues, but it has also provided undeniable contributions to pop, funk and soul. So it should really be no surprise that organist Pat Bianchi would choose a program of Stevie Wonder's music for his second Savant Records release. Stevie Wonder himself played a number of keyboards during the early 1970s including the B3 and Bianchi shows just how well suited the venerable instrument is to Wonder's oeuvre. Pat Bianchi stands at the forefront of today's B3 players with a Grammy nomination and a lengthy list of credits on his resume. He has performed with Lou Donaldson, Javon Jackson, Bud Shank, Joe Locke and guitar legend Pat Martino. (Bianchi plays a MAG Custom Organ, considered to be among the best of the available portable B3 clones.) With band mates Paul Bollenback on guitar and Byron Landham on drums, the trio's tight phrasing and razor-sharp ensemble keep the setlist moving along with arrangements which are never ostentatious but rather subtly layered with remarkable details that sneak up on you between the solo spots peppered liberally throughout. Lending his talents to the proceedings is the dynamic tenor saxophonist Wayne Escoffery on two tracks.
back to top