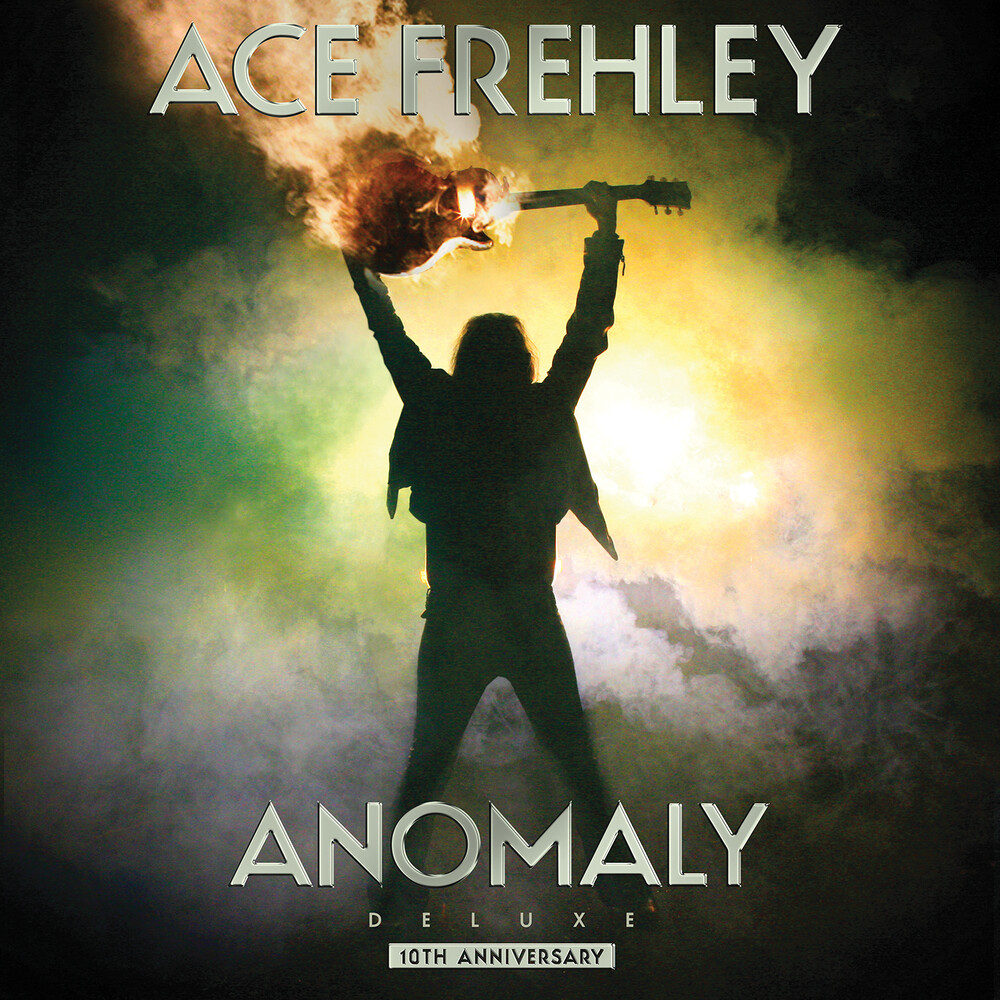 Vinyl LP pressing. On the heels of the historic KISS Reunion Tours (spanning 400+ show from 1996 to through 2001) Ace Frehley began laboring over the material that would culminate in the 2009 release of Anomaly - the highest charting Frehley solo album since his self-titled debut in 1978 (which featured the only Top 20 KISS solo hit with "New York Groove)." Allmusic said Anomoly, "surprised even longtime supporters with it's forceful, confident performances and sharp songwriting" not to mention it's No. 27 debut on the Billboard Top 200. Flaunting fiery riffs, pristine production by Marty Fredrickson and jaw-dropping craftsmanship, Anomaly ties together the axeman's trailblazing past, present and future. Anomaly: Deluxe (10th Anniversary) comes pressed on colored 180g vinyl 2LP with a new embossed cover and contains the recently remastered audio plus three bonus songs ("Hard For Me," "Pain In The Neck (slower version)," "The Return Of Space Bear").