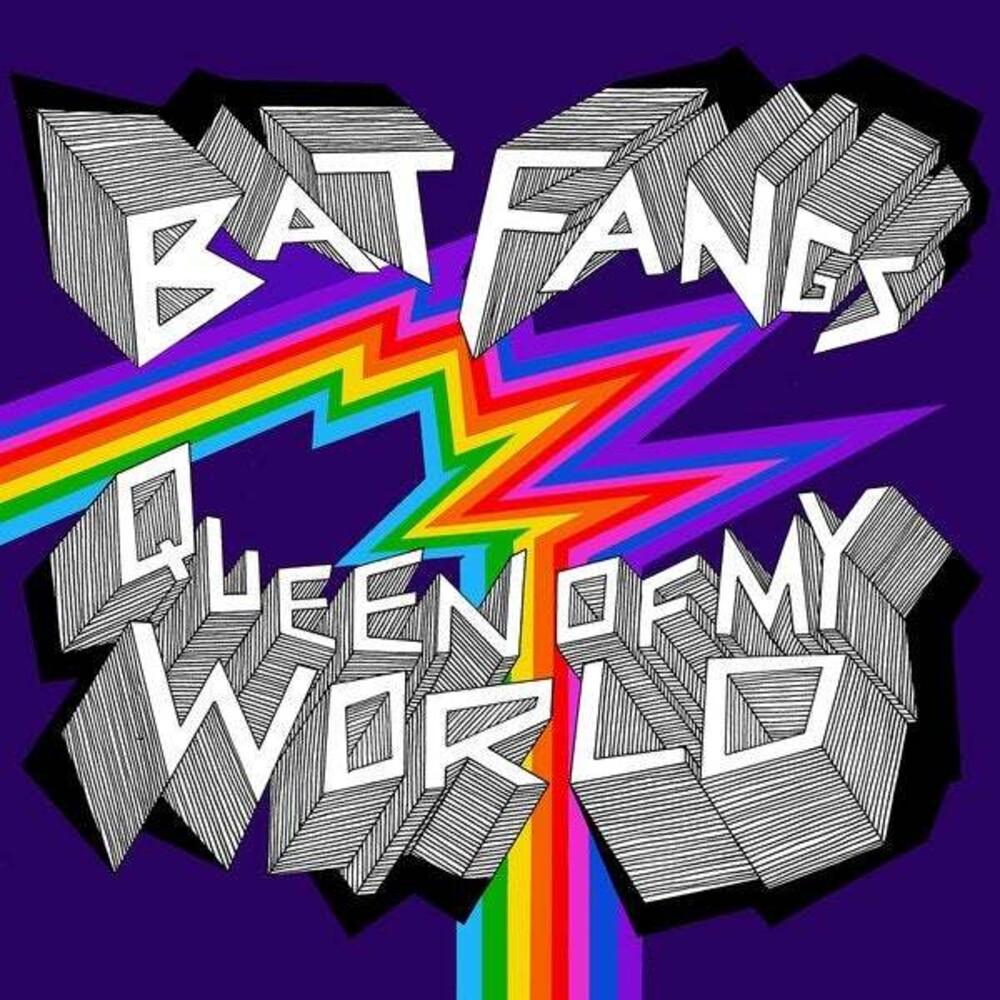 Born of a shared love of hair metal, partying, and the reckless spirit of rock and roll, East Coast duo Bat Fangs brings a nostalgic combination of shredderistic guitars and heavily harmonized hooks. Guitarist/vocalist Betsy Wright (Ex Hex) and drummer Laura King (Flesh Wounds, COLD CREAM) united after playing a show together in their respective projects, with the goal of pushing Wright's pop focused songwriting in a bolder, brasher direction. Their sophomore LP, Queen of My World is a reeling, rocking mass of guitar and vocals that serves as both a reclamation and a reevaluation of a sound that was once a breeding ground for a particularly egregious brand of cock rock dude-bro. Paying tribute to the sounds of their youth while offering an alternative to an era of music that deified toxic masculinity as a core value, Wright and King represent a new model of Rock Stardom that's less about the Stars and more about the Rock. On 'Talk Tough', the first song written for this LP, Wright sings of music carrying her into a near supernatural state, describing herself as being 'in the cosmic sea', and inviting others 'crawl out the window on to a higher plain'. This otherworldliness permeates throughout the record, applying magical perspectives to real lived experiences. Using musical nostalgia as it's crystal ball, Queen of My World looks into life's little moments and sees the mystical within the ordinary. Though many of the songs are autobiographical, at it's core the record is a lens into other worlds, gazing into timelines that could have been and childhood memories so distant they may as well be past lives. One such reminiscion takes place on the title track, which reflects on a wild adolescence of drugs and destruction, with an aggressive guitar attack to match. Underneath the high octane teenage antics is a genuine tribute to the unique friendships that can only form in the pseudo-invincibility of youth. Wright sings 'we were living in other worlds every night', a recognition that while the song is rooted in real memories, the tint of nostalgia makes them feel like a different world entirely. As the record examines deeper into these alternate dimensions, it becomes increasingly psychedelic. The culmination of this is closing track 'Into the Weave', an instrumental jam that builds over a repeated tom groove into a full throttle barrage of guitar and drums. As it trails off, one last vocal harmony shines through, a sign that we've exited the mythical realm Queen of My World occupies, and moved on to the next. 1. Action 2. Queen Of My World 3. Talk Tough 4. Lightning Hand 5. Psychic Eye 6. Third Eye Vision 7. Supernatural 8. In The Water 9. Into The Weave