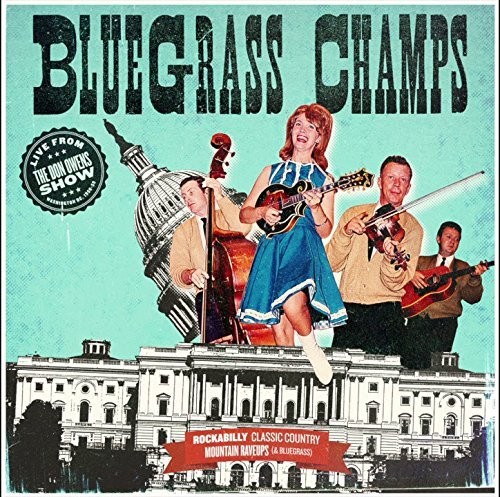 This recording is as much about rockabilly, 50s country and blues as it is about bluegrass - more a hybrid by a young, but seasoned, combo in changing musical times. The Bluegrass Champs held their own or even bested other Washington D.C. talents like Roy Clark, Patsy Cline, Link Wray and Charlie Daniels. They had spent most all of their lives in music and in the late 1950s were soaking up all the new sounds without denying airy mountain roots. As houseband on the Don Owens Show, they were often called upon to back guest singers and players. Jimmy Stonemans upright bass playing kept the thunderous sound tight as a drum with unerring competence. Donna Stonemans bright, chirping mandolin style and dancing stage presence upstaged all her male counterparts and even Patsy Cline in her most risque outfit. Brother Vans rhythm guitar solidified the sound and his whooping and hollering added real heart to the Champs sound. This album spotlights the Bluegrass Champs and their performances on the Don Owens show. Recorded by Leon Kagarise directly from an episode of the TV Broadcast, this record also showcases the jamboree nature of the program, including live commercial reads and commentary by Don Owens himself.