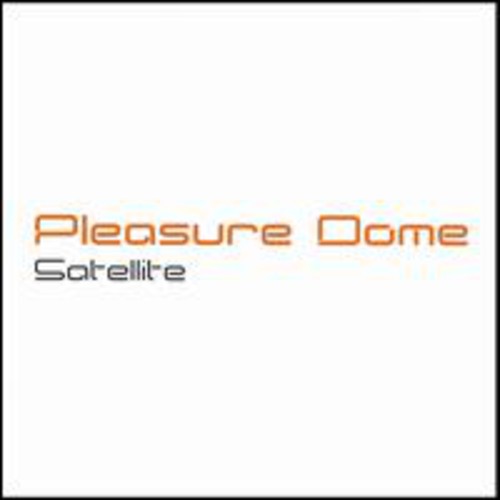 PLEASURE DOME Based in Byron Bay, Australia, PLEASURE DOME is a pop/rock/techno musical project comprised of producer Dr. Pete and numerous collaborators. PLEASURE DOME have recently released two albums on Setting Sun Records. 'Satellite' is an album of original tracks (and one cover) produced by Dr. Pete. 'The Remixes' is an album of house, breakbeat and electro remixes by leading Byron DJs including Nick Taylor, Sean Candy, Vortex and Dave Basek. Both of the remixes by Nick Taylor are being released on vinyl in Japan and Europe in February. This release is on Tsuyoshi Suzuki's label Mad Skipper's Records. DR. PETE Dr.Pete is a guitarist, keyboardist, producer and songwriter. A classically-trained musician and arranger, Dr. Pete has extensive experience in live performance and has been producing dance music for the last five years. Dr. Pete has played a major role in bringing together the wealth of talent that makes up the Pleasure Dome project, and he is a driving force behind the new Setting Sun record label. NICK TAYLOR Nick started producing music in Japan in 1991 as Blissed with partner Tsuyoshi Suzuki. After relocating to London in 1993 they released the album Rite of Passage with Frankfurt label Pod Communications. They then changed their name to Prana and continued to produce for the next two years releasing numerous singles and the album Cyclone with Matsuri Productions, as well as an album under the name Taiyo for French label Step 2 House. Prana also started to do live shows around Europe in the burgeoning trance scene. In November 1995 Nick moved to Byron Bay leaving Tsuyoshi to continue the Prana name in London. Nick began various collaborations including Reflecta, Rhythmystec and Parasonix, as well as his solo project Snake Thing. He released tracks with numerous labels overseas, as well as in Australia. Nick also began his DJ career at this time, and has since regularly played around Australia, as well as many trips overseas to places such as Japan, USA, UK, France, Germany, Sweden, Denmark, Finland, Greece, Portugal, South Africa, Chile and New Zealand. His sound has constantly evolved over the years, from trance, through drum and bass, to breaks, house and electro. Today his style is a reflection of this wide range of influences.
This website uses cookies to personalize content and analyse traffic in order to offer you a better experience.
I accept Learn More
back to top