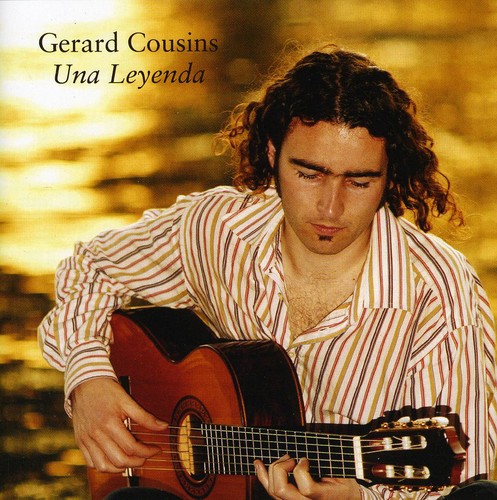 This is the first commercial recording available of prize-winning guitarist Gerard Cousins beautifully recorded in a natural church acoustic. This Collection presents a wide variety of Spanish guitar music highlighting different aspects of Spain, from the intensely lyrical Catalan Folk Songs, to the Moorish Capricho Arabe, the French influence of Jose's ambitious Sonata and the Flamenco inspired works of Rodrigo - composer of the famous Concierto de Aranjuez. It also features a first recording of Sanjuan's poetic 'Una Leyenda' recently discovered in the archive of the great Spanish guitarist Andres Segovia. Gerard Cousins studied in Leeds University, Holland and London, and has travelled extensively giving concerts throughout Europe and recently gave a televised concert in Turkmenistan for the British Embassy. He performed in London's prestigious Purcell Room last year where 'musical opinion' reviewer wrote of his 'beautiful playing and subtle phrasing.' Gerard has also studied the art of Flamenco Guitar. This has given him rare insights into the Spanish repertoire. He also favours beauty and contrast of tone as one of his primary means of expression, in the manner of the past masters such as Andres Segovia. This combination gives his playing a rare quality. Graham Wade, (Rodrigo and Segovia Biographer) writes 'thanks for sending the excellent recording... you achieve really beautiful sonorities, a rare thing in itself and most distinctive. Such virtuosic items as the Rodrigo, Jose,and Torroba, show tremendous technical accomplishment and assurrance.' A track from this CD was recently played on BBC Radio Wales. Introduced as 'guitar magic' he 'has a beautiful touch' (Frank Hennesey, Celtic Heartbeat Show.) Cecilia Rodrigo (daughter of composer Joaquin Rodrigo)wrote 'we enjoyed your performances, we will follow your career with great interest.'