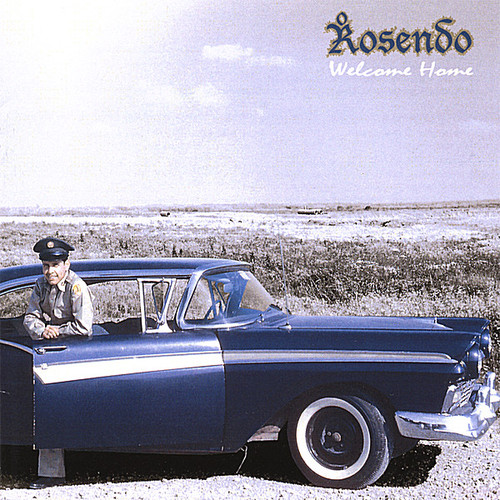 Rosendo - Grew up in a 3 bedroom house with eight brothers and sisters. This left Rosendo (the eldest boy) with no real space to rehearse. Every family member was a critic when he began playing guitar at the age of 16. His first electric guitar was a used Les Paul copy that his mom bought for him from a friend of the family. Just the look of the classic body style excited him. His passion grew as he formed a rock band with schoolmates and wrote songs with them. The 80's were filled with hope, possibilities and big hair. The Source was born and the gateway to rock was the Sunset Strip. The Whiskey, Gazzarri's, The Troubadour, Coconut Teaser among others were the cathedrals and rock was the key to gain entry. With head banging in full swing, Rosendo stayed true to his Pop/Rock influences while playing with The Source. It wasn't until after The Source broke up that he formed another band...Broken Heroes. Alas, it wasn't meant to be. In answer to a prayer, all of Rosendo's musical equipment was stolen from his truck one fateful night. Refusing to ignore his initial plea, he followed the sign and the road less traveled. Twelve long years later, Rosendo has resurfaced with his first solo effort. Inspired by his mother and father's struggle to raise nine kids, and soon after becoming a father himself, Rosendo believed his life had come full circle. Once again, the passion to write came over him like a warm blanket. Welcome Home.