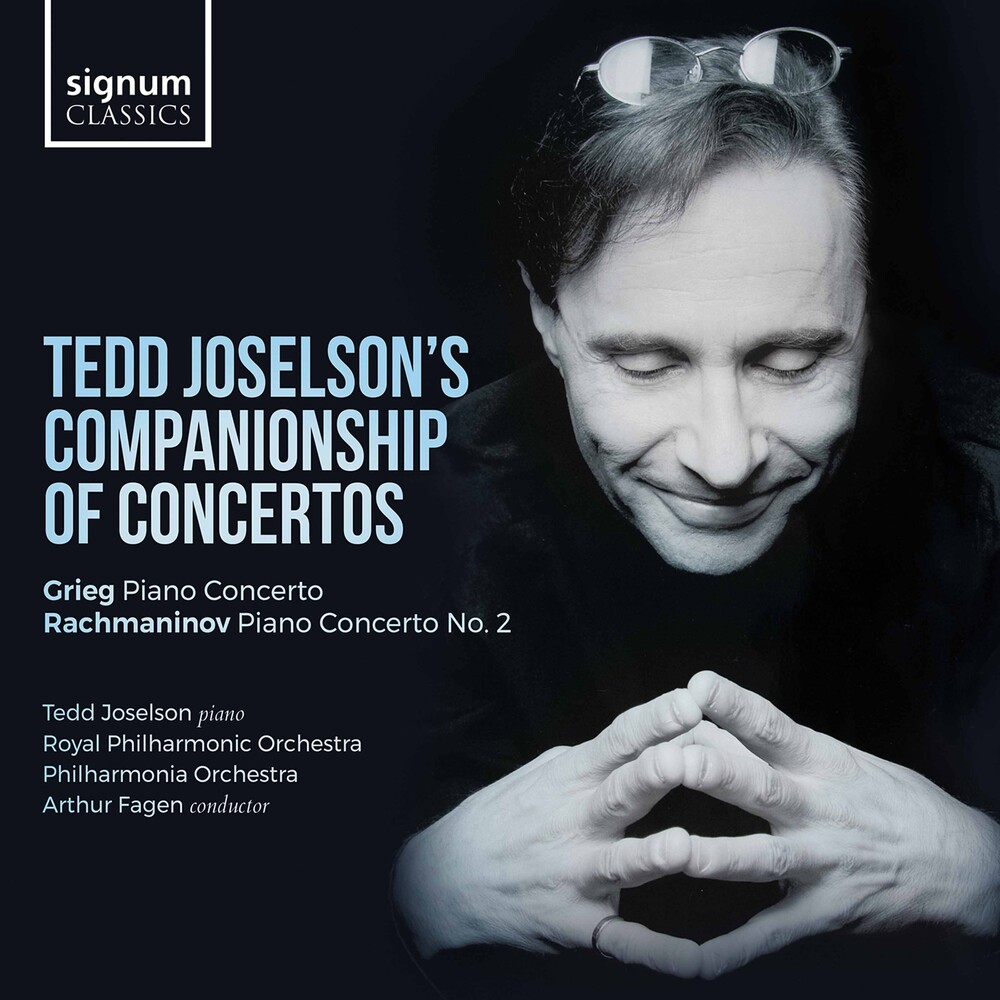 The renowned American pianist Tedd Joselson presents a 'companionship' of his favourite concertos - the Grieg Piano Concerto and Rachmaninov's Second Piano Concerto, recorded over two days with two different orchestras at London's Abbey Road Studios. Led by conductor Arthur Fagen with the Royal Philharmonic Orchestra (Grieg) and the Philharmonia Orchestra (Rachmaninov), the disc is also a companion to Joselson's April 2021 recording the of Lim Fantasy of Compansionship for Piano and Orchestra, recorded at the same time at Abbey Road with the London Symphony Orchestra. Belgian-American pianist Tedd Joselson was only 17 when he auditioned for the Philadelphia Orchestra's music director, Eugene Ormandy, after which the famous conductor remarked "Anything you want, you can play with us". He was offered a recording contract by RCA whilst still a student at Juilliard, and quickly became, and remained until his retirement, one of the most sought after performers regularly appearing with nearly every important symphonic ensemble and conductor. He gave his debut piano recital on the Great Performer's series in Lincoln Center in NYC in 1975. Thereafter, his annual sold out recital tours were eagerly awaited events on the music calendar. Noted for his lyrical playing across a wide range of repertoire, his recordings of works span 400 years of music from Bach to Lim, and have won numerous awards including several Grammy nominations.