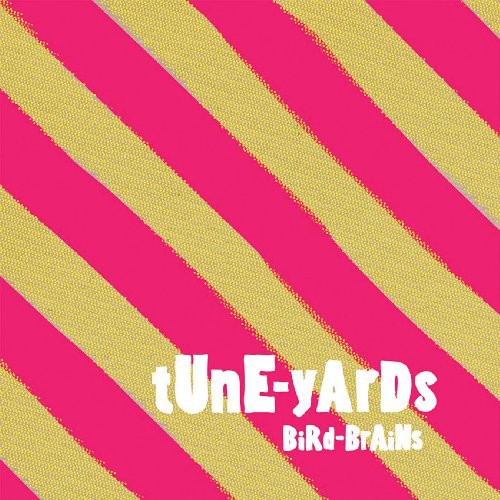 Merrill Garbus' aka tUnE-yArDs is as experimental as it gets. Producing a debut album in Lo-fi is about as risky a move as you could imagine. She joins bands such as the Vivian Girls in using the intentionally underwhelming technique. If you don't already know, Lo-fi is when the standard of recording is intentionally reduced to achieve a particular sound. This sound can be created using numerous techniques, however Garbus decided to create this album on a laptop and some free software, before being released on a 'pay as you like' basis. Quite a way from X factor isn't it? This is an album that contains numerous styles and sounds. Hatari for example begins with African chanting before switching in a split second to the sound of ukulele. The ukulele is a permanent fixture throughout Bird Brains but it's at it's best on News. Providing the bedrock for the track is a constant drumming that merges perfectly with a set of yodeling vocals. In-between tracks the listener is often greeted by the voice of children as well as random sounds recorded in Garbus' home. These techniques only add to the 'at home' theme of this album. Despite the crazy experimenting throughout the album, there are tracks which display orthodox song writing patterns. An example of this is Fiya, containing a very Elvis 'you were always on my mind' it's easily the most pop track on the album and is also where the production comes off best. Throughout this album you feel like you and the artist are alone in a room while she plays the album to you for the first time. It sounds improvised yet fresh and contains brilliant drum beats as well as an array of atmospheric vocals. A great example of home recording and low-fi production.