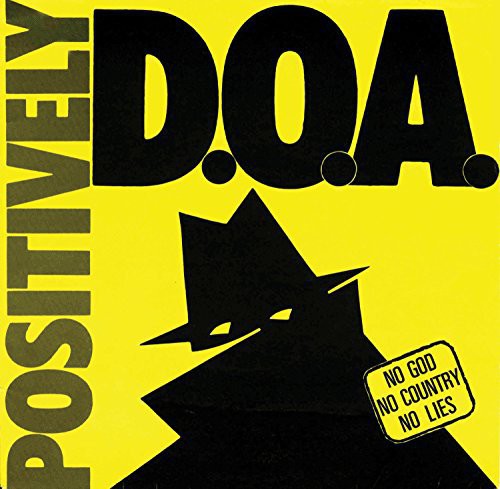 CD pressing. Reissue of this 1981 EP, released to coincide with the 33rd (?) anniversary of it's first pressing. Originally released on Alternative Tentacles in time for Doa's first road trip to the United Kingdom, the five-track POSITIVELY Doa was named 'Single of the Week' in the British press in October of that year. With five classic anthems packed into it's grooves, the EP helped pave the way for Canada's legendary punks to shake up the world musically and culturally. This is the first time this early Doa gem has been reissued since 1984.