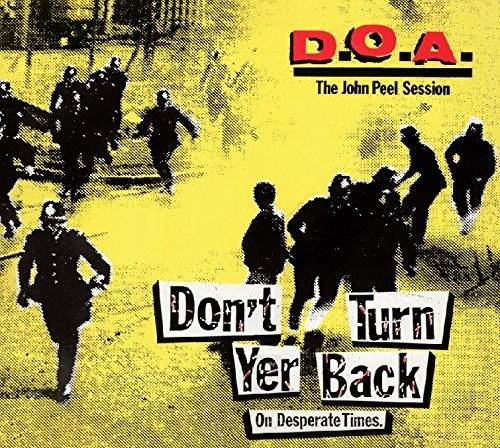 Digitally remastered reissue. DOA did their first full-on tour of the UK and Europe in 1984. It was gruel-a-thon: 50 shows in 60 days in 10 different countries. At the end, the band was about to return to Vancouver when they got an offer from the BBC to record a "live in the studio" session. So, the day before the flight home, Canada's punk pioneers paid a visit to BBC Headquarters in London. Steel Pulse was just finishing up their session before DOA took over the studio and reeled off an explosive four-song set for the UK's top DJ John Peel. During the 10-hour session, the Men of Action recorded "General Strike," "Race Riot," "Season in Hell" and "Burn It Down." It was an exhilarating end to a groundbreaking tour on which the band that coined the term "hardcore" showcased what punk rock could be. As Joe "Shithead" Keithley, Canada's punk godfather, recalled, "The BBC session was fucking great, we were really excited; and then at two minutes to midnight, the studio time was up, a really old BBC janitor unceremoniously kicked us out of the studio, and we were back out on street as usual!" The band dedicated the EP to striking miners around the world (there were a lot of mine strikes in the cold winter of 1984).