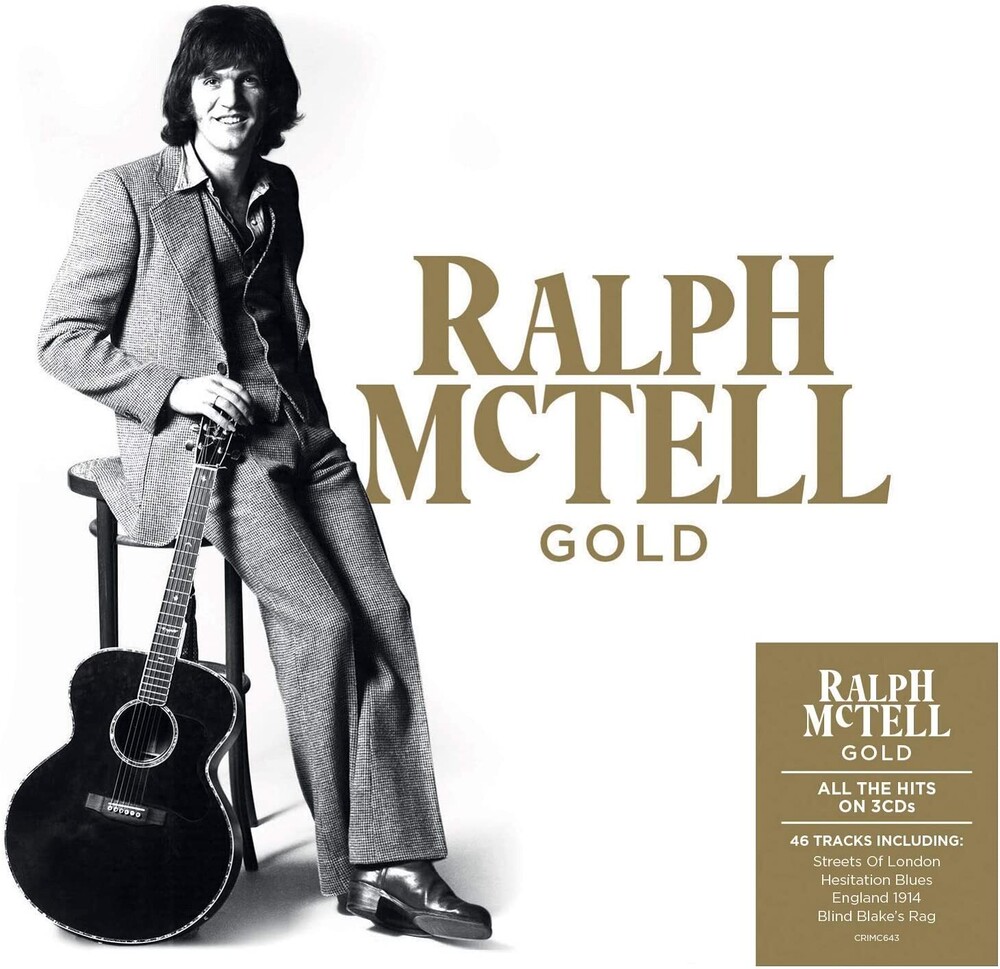 Three CDs. Ralph McTell is an English singer-songwriter best known for his timeless classic 'Streets Of London'. McTell has been an influential figure in British folk music since '60s and his songs have been covered by hundreds of artists all over the world. This new essential compilation features 46 tracks across 3 CDs. Disc One opens with the classic song 'Streets Of London' which McTell recorded for his 1969 album 'Spiral Staircase'. The song is inspired by McTell's experiences as a busker in Europe and has since gone on to be covered by over 200 artists. At one point, the song sold a staggering 90,000 copies a day and is still a much loved folk classic today. Other highlights on this disc include 'England 1914', 'Hesitation Blues' and 'Blind Blake's Rag' which showcase McTell's unmistakable guitar playing. Disc Two features more of McTell's best tracks including 'Michael In The Garden', 'Girl On A Bicycle' and 'Kew Gardens'. Disc Three rounds with a number of 'revisited' versions of classic songs such as 'Streets Of London', 'Spiral Staircase' and 'Factory Girl'.