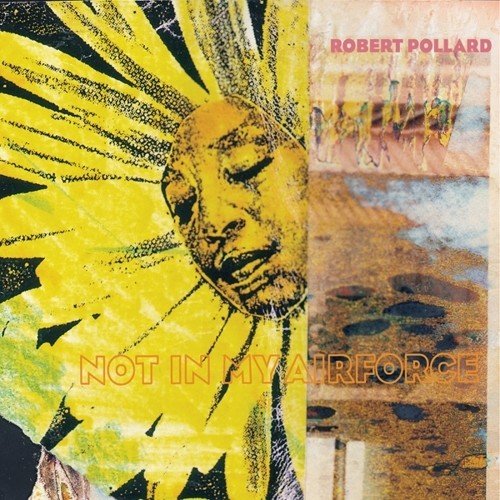 Not In My Airforce
Artist: Robert Pollard
Format: Vinyl
New: In Stock $24.99
Wish

Vinyl LP pressing including bonus seven inch vinyl single. Guided By Voices Inc. Is more excited than a bucket of photo-excited electrons to announce the 20th anniversary reissue of Robert Pollard's first solo album Not In My Airforce. Originally released by Matador Records on September 10, 1996, the album includes several songs that have become fan favorites and staples of GBV live shows throughout the years: "Psychic Pilot Clocks Out, " "Flat Beauty, " "Quicksilver, " "Get Under It, " and "Maggie Turns To Flies, " among others. Other album tracks have inspired a band name ("Release The Sunbird"), a music blog ("The Ash Gray Proclamation") and a record label ("Prom Is Coming"). We're pretty sure that at least one British nuclear missile-equipped submarine has been named after "Parakeet Troopers, " but MI6 refuses to confirm. The vinyl version of the album includes a six-song seven-inch single, which was the original plan in 1996, before the bean-counters insisted on combining the bonus songs with the CD and LP. These bonus songs ("Party, " "Did It Play?, " "Double Standards Inc., " "Punk Rock Gods, " "Meet My Team, " and "Good Luck Sailor") swelled the original release to 22 songs-not that there's anything wrong with that. Everyone can agree that more Bob is good. The charming, good-looking, record-buying public would like to hear NIMAF as both God and Bob originally intended. This is a landmark recording in the Pollardian corpus, in that it both presaged the flood of solo albums, side projects, collaborations, and line-up changes to come, and established the precedent that Robert Pollard, whether solo or in concert with his Dayton, OH, pals, is a flat-out miracle worker of songcraft.
This website uses cookies to personalize content and analyse traffic in order to offer you a better experience.
I accept Learn More
back to top