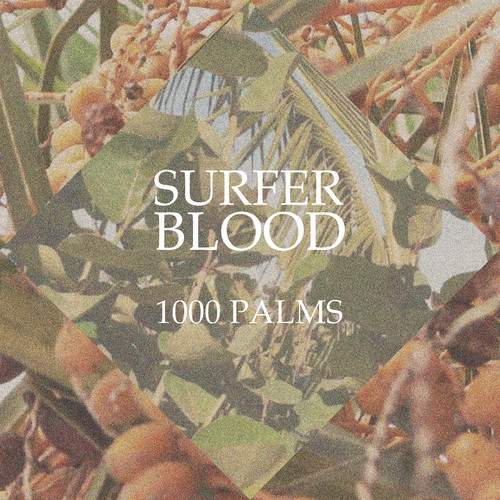 1000 Palms marks a return to Surfer Blood's DIY ethos. Abandoning the big time studio, the band decided to head back home to self-record and self-produce their third full-length album. Free of major-label-influence, Surfer Blood has delivered a uniquely compelling album, unlike anything in their catalog. The story of 1000 Palms began on January 1st 2014, after playing a New Year's show in Portland, OR. The band decided to stick around for the rest of the month, renting a practice space and sorting through a backlog of ideas. By February, as their lease ran out, Surfer Blood had recorded demos for most of the tracks that are now featured on their third LP.

After a frustrating time at their previous home, Warner Brothers, the quartet was beyond ready to return to a more DIY recording process, completely void of the middlemen scrutinizing every bar of previous LP, Pythons. With the band self-recording, it was in the glamorous setting of an attic studio above a doctor's office where drums were committed to tape. Of the work, frontman John Paul Pitts states "fortunately none of us are strangers to DIY recording, so this seemed like the kind of challenge well-suited to our band". The making of 1000 Palms also owes a lot to the kindness of friends and family, with the remaining instrument sessions taking place at the home of drummer Tyler Schwartz's parents, while they were on vacation. Following a few days of very little sleep and after the band pooled resources and called in favors, the band had managed to craft everything you now hear on the upcoming record.