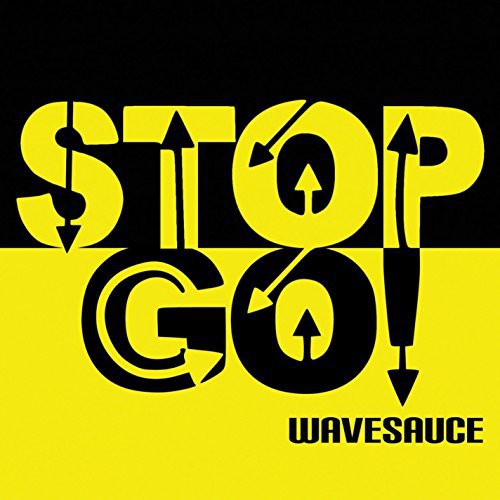 Wavesauce - instrumental surf music offering the unique sounds of the Theremin. Wavesauce has been entertaining audiences with their intriguing and dynamic interpretations of surf, spyfi, and American pulp since 2007. Technically an instrumental band, Wavesauce employs the Theremin to fill the role traditionally met by a lead vocalist. Their new album, "Stop Go!" offers a unique sound that is cornered by a driving rhythm section, locked to create a backdrop appropriate for classic cruisin'. This groove is synced with solid rhythm guitar, which capably bursts into the foreground with sonic leads throughout the varied tracks. Capped by the beautiful and haunting melodies of the Theremin, the result provides the listeners with the sensation of hopping on a board to catch a gentle wave, only to find themselves blasted into another cosmic dimension. When "Stop Go!" hits the turntable, hold on tightly to the mothership, and simply enjoy the ride. 'When you hear them, the instrumental turf they tread is pretty obvious. Other citations, such as Dick Dale, The Ventures, Devo, Clara Rockmore and Leon Theremin, are totally appropriate in an attempt to capture a description of the nuances of their sound. ... It really is a weird musical world in which we dwell ... I can actually understand the relationships of those references and I think they define the parameters of this band quite precisely. In other words: Wow!' - SP Clarke, the Good, the Bad, and the Ugly, Buko Magazine 'The music of Wavesauce is like the soundtrack for a movie about a surfing spy...directed by Ed Wood...' - Incognito Music Magazine 'Spooktacular and eerie elements that lean towards a Munster's vibe, as showcased on Wavesauce's 'Phantom Strut,' the laid back sci-fi B-movie soundtrack Theremin instro...' - Forces of Geek "Stop Go!" was recorded and mixed by Carlos Severe Marcelin at "House of Tomato Studios" and consists of original material and covers. Entering the recording process, the primary goal of the band was to capture the energy and spirit of their live performance. Wavesauce believes "Stop Go!" successfully achieves this goal. Recorded and Mixed by Carlos Severe Marcelin at House of Tomato Studios CD Package Design by Cookie, the Nocturnal i Published by Masher Music All tracks written and performed by Wavesauce, copyright 2015, ASCAP, except: Mosquito Serenade music by Wavesauce, poem (Ralph Waldo Emerson); Joker's Wild (Bob Bogle, Don Wilson, Mel Taylor); Squad Car (Paul Johnson); Blues Theme (Mike Curb, Davie Allan); Deep Surf (Jerry Cole, Jim Economides); Don't Call Me Flyface (Tom Guernsey); Peter Gunn (Henry Mancini); Super Magic 2000 (Chris Isaak).
This website uses cookies to personalize content and analyse traffic in order to offer you a better experience.
I accept Learn More
back to top