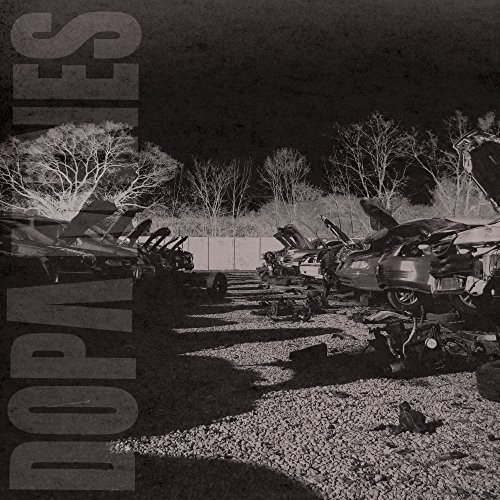 The Dopamines are back in full swing with their 4th and best record to date, and their first in 5 years. The Cincinnati, Ohio band return with another dose of hard hitting, fast acting punk rock. Fans of the band are already familiar with their self-deprecating, alcohol soaked brand of punk, but for new listeners, Tales of Interest will be much more than that. The lyrical content has more depth, the feel of the record is much darker than past releases and the band itself has grown into a more mature albeit still drunk version of their former selves. This is the record The Dopamines have always wanted to make. While fans will see a return to form in some aspects, this record is more than a good soundtrack to a wild party. Tales of Interest is very much an exorcism on vinyl. The Dopamines have released LPs on It's Alive Records and Paper and Plastic Records, owned by Roger from ska-punk band Less Than Jake but this is the band's first record on independent label Rad Girlfriend Records and it only made sense. The band has usually toured with an unofficial second guitar player, most often filled by Mikey Erg of The Ergs!, but never recorded with a fourth person. Since 2013, Josh Goldman, who owns Rad Girlfriend Records and plays in The Raging Nathans, has been the bands permanent 2nd guitar player, making "Tales of Interest" the first record in their catalogue with a second guitar. Here's what songwriter/guitarist Jon Lewis had to say about the record: "It's super angry and super aggressive. It exceeded all my expectations and I have ZERO criticism. It was a lot of fun writing a bunch of crazy shit and then tweaking it with Michael, Jon, and Josh to make sure it didn't stray too far off the reservation." Fans can expect touring, music videos and more. The band has been relatively quite the last few years, playing shows sporadically but "Tales of Interest" seems to have breathed new life into an already loved and passionate band.