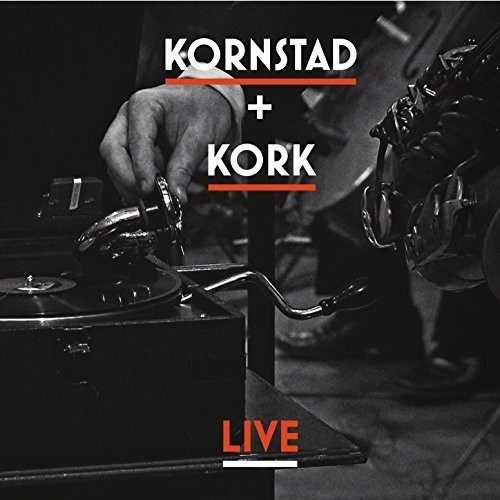 Kornstad + Kork - the Norwegian Radio Orchestra. This new release features the highlights from two sold out concerts in 'Store Studio' at the Norwegian Broadcasting which took place in Oslo, Norway in March of 2017. Hakon Kornstad with his ensemble, and the legendary Kringkastingsorkestret (Norwegian Radio Orchestra aka KORK), conducted by Christian Eggen. Tenor Battle with strings! This collaboration marks an exciting continuation of the critically acclaimed Tenor Battle album from 2015. Now with a full symphonic orchestra, Kornstad delivers a seamless mix between classical songs (F.P. Tosti's "Marechiare" and "L'Ultima Canzone"), opera arias (G. Bizet's "Nadir's aria" from Les pêcheurs de perles) and his own creative input, both as jazz saxophonist, in his scores, or in the improvisations with his ensemble.