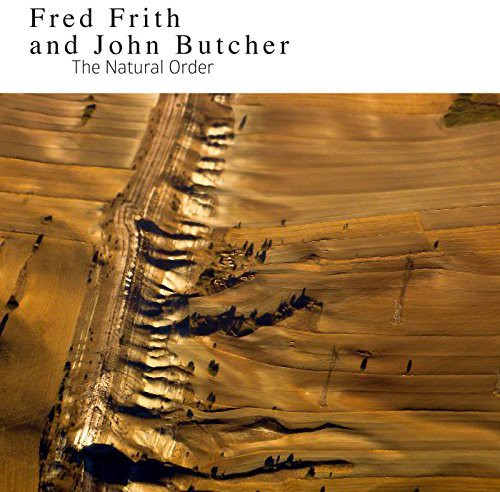 Though they've played live together a few times, this album, recorded in 2009 and mixed in 2012, documents Frith and Butcher's first head-to-head encounter in a recording studio. Their goals were somewhat different - Frith says he wanted "to see what would happen. To have fun. To deepen the conversation," while Butcher had more specific results in mind: "A thing that's characterized a fair bit of my duo encounters with Fred is working at (for me) high volume. And I really wanted to get into, to go with, the energy of that but without travelling to some of the overdone places where power often pushes a saxophone." Indeed, some portions of the Natural Order do get quite loud; "Dance First, Think Later" may remind some listeners of Borbetomagus, while the albums longest track, the 13-minute "Colour of an Eye Half Seen," heads into territory somewhere between free jazz and drone metal. Other, quieter segments, like the middle portion of "Faults of His Feet," or the aptly titled "Butterflies of Vertigo," document the sensitive interplay of two men who've utterly mastered their instruments, yet continually seek to express something new and never before heard. The Natural Order is as pure a ocument as possible: recorded in a single stretch with no overdubbing, the 10 tracks appear here in the order of their creation. Butcher recalls, "It was a morning session, the day after I'd arrived from London. So I was a bit jet-lagged. It was good to be using a studio and engineer (Myles Boisen) I felt comfortable with. (I first went there in '97.) Everything was set up and we could near enough, just start playing." Listening to the music for the first time in five years, Frith says, "Recording and performance are so different to experience. In this case I can identify moments of discovery and self-discovery in the exchange that are really exciting to revisit. I think we both adjusted our vocabularies to accommodate what we were hearing, and did so in a spirit of absolute openness and freedom. Which is the way it's supposed to be. "The Natural Order is the perfect title for this album, which captures a single hour of unmediated interaction between two restless, creative spirits determined to make every moment with their respective instruments count. It's not jazz, it's not rock, it's not noise - it's pure music, the product of two men in one place at one time, unique and unrepeatable.