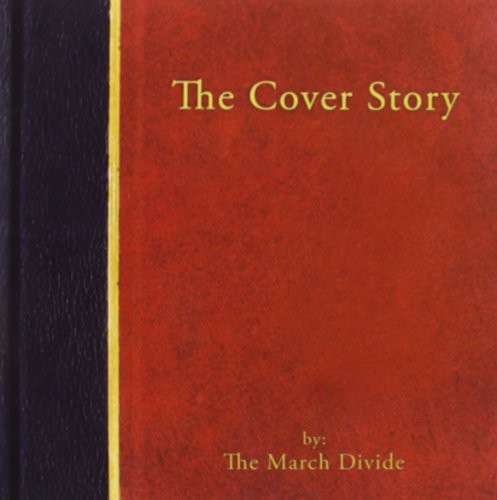 Touring full time can be a hard life, but even harder to walk away from. The March Divide, scheduled to release it's debut album Music for Film via Dead Letter Records on Feb. 12th, 2013, is a fresh start for San Antonio-based musician Jared Putnam after years on the road (and a few years off of it) with his former band The Conversation. "All of that time on tour wrecked my personal life," Putnam explains. "It was coming out in the worst way when I would perform, but it only took a couple of years before the void from not playing was just too big to ignore." After taking part in a couple of projects with friends, Putnam realized a casual interest wasn't going to be enough, and The March Divide was born. The Cover Story, released Nov. 6th 2012 is a riveting two song introduction to The March Divide, featuring unforgettable acoustic covers of "Creep"(Radiohead) and "Lullaby"(The Cure). "The Cure has always been one of my favorite bands almost to the point of obsession. I was a kid when 'Disintegration' came out and it played a big part in shaping the feeling I'm chasing with my own music. I've always wanted to cover Lullaby. All of the different strings, guitar, and keyboard layers in the original are amazing, but I wanted to show just how damn good that song really is, bare bones. My approach was for it to sound like Nick Drake had covered The Cure," says Putnam. "I was sort of afraid to do 'Creep' because of the backlash I thought I'd get, but my friend John Glover encouraged me to go for it, so I did." The Cover Story was performed and recorded by Jared Putnam, mixed by John Glover, and mastered by TW Walsh. The band's debut Music for Film began to take shape when Putnam assigned himself the production duties and started recording some acoustic and vocal tracks. He soon asked his former bandmates from The Conversation - Jorge Ramirez (on Bass) and Mike Hernandez (on Drums) - to come aboard. Musician Laura Wheeler joined them on Vocals and Cello to round out the new group. "Having Jorge and Mike work on the album with me was great," says Putnam. "I always felt like I was at my best with them." Since the breakup of The Conversation, the band members had splintered geographically, so Putnam went about e-mailing files back and forth, and embarking on road trips around Texas that had nothing to do with touring. "Music for Film is the first album I produced myself, and it was a pain in the ass!" Putnam jokes. He sought help for the mix from John Glover who also worked previously with The Conversation. The album was mastered by TW Walsh. An acoustic-based album that only has a full drum kit on half of the songs, the unique sound of Music for Film still maintains distinct references to Putnam's louder influences such as The Promise Ring and Cursive, and Putnam's love of Elliott Smith comes out in the album's catchy hooks, clever lyrics and unexpected upbeat moments. One of these tunes is the album's first single "Still Analog." "It's pretty ironic that it's a pop song about how writing a pop song isn't the solution to my problems,' says Putnam. "I really got my shit together soon after I wrote it, though. It's essentially about turning over a new leaf." The March Divide's debut album Music for Film will be released February 12th, 2013 on Dead Letter Records. The album's first single "Still Analog" is streaming and available for free download now. The March Divide will tour in support of Music for Film in early 2013.