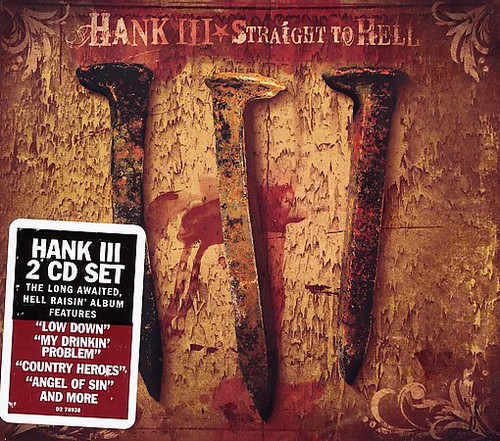 Straight to Hell, breaks all the rules of country music while somehow managing to honor its traditions at the same time. This two-CD celebration of drinking too much, staying up too late and getting into all kinds of nefarious mischief will no doubt bring an exultant yee-haw from those intrepid souls who have followed the exploits of this third-generation hell-raiser.

Headfirst Straight to Hell is a 2001 album by the Canadian hardcore band Grade. It was the final full-length album released by the band. - Wikipedia