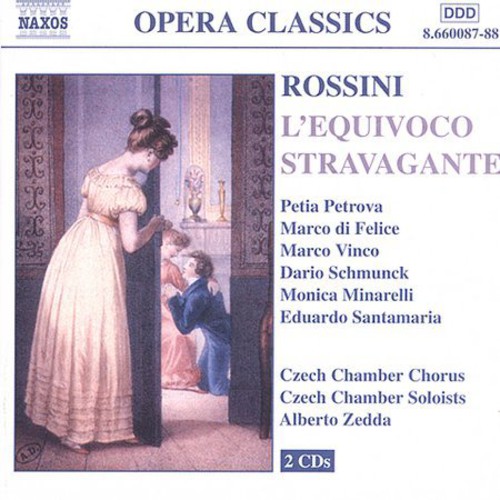 Notwithstanding the fact that the opera was virtually still-born, a series of contemporary manuscript scores can be found today in the music libraries of Europe and America, while the autograph draft of Rossini seems to be lost. The surviving sources provide two versions that are substantially different enough: one, more complete, with the verses and whole sections that the censors wanted either to cut out or to modify, probably represents the original version; the other, characterized by new verses and typical cuts in the interest of brevity but also with instrumental passages simplified with respect to the other version, reflects, very probably, the version actually staged in Bologna in the only three performances in 1811.On the occasion of the revival of the opera at the Rossini in Wildblad Festival in July 2000, the new edition prepared for the Deutsche Rossini Gesellschaft, which follows an earlier attempt at reconstruction of the score in 1965, vitiated by clumsy revisions unacceptable today, is therefore put forward as a reconstruction of the version directly staged by Rossini, with the last minute cuts and changes. One exception is the reinstatement of a short section in the first act Finale (the 'foot scene'), evidently cut by Rossini not for artistic reasons but by the censorship for obvious reasons of good taste; to omit here the pure comedy of such a passage would have seemed a disservice to Rossini, who willingly accepted it and set it to music.Marco Beghelli - Stefano Piana