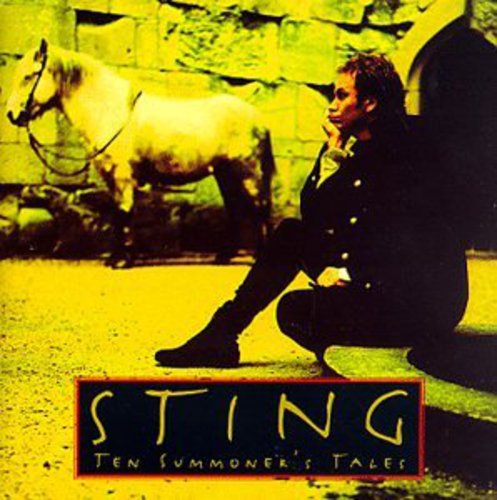 ''Ten Summoner's Tales'' is the fourth solo studio album by the rock musician Sting. The title is a combined pun of his given name, Gordon Sumner, and a character in Geoffrey Chaucer's ''The Canterbury Tales,'' the summoner. Released in 1993, it explores themes of love and morality in a noticeably upbeat mood compared to his previous release, the introspective ''The Soul Cages''.

''Ten Summoner's Tales'' was nominated for the Mercury Prize in 1993. In 1994, it was nominated for five Grammy awards, winning Best Engineered Album, Non-Classical, Best Male Pop Vocal Performance ("If I Ever Lose My Faith in You") and Best Long Form Music Video. It lost Album of the Year and Record of The Year for the above mentioned song.

A long form video featuring alternate musical performances and live versions of all tracks was filmed at Lake House and released in conjunction with the album. The video went on to win a Grammy Award for Best Long Form Video in 1994 and was directed by Doug Nichol and produced by Julie Fong.

The cover of the album was photographed at Wardour Old Castle in Wiltshire, England, featuring Hrímnir, an Icelandic horse Sting owned for a period. The album was recorded at Lake House, Wiltshire, mixed at The Townhouse Studio, London and mastered at Masterdisk, New York.

A different version of "It's Probably Me", featuring Eric Clapton, was featured in the opening titles of ''Lethal Weapon 3''. This version is available as a single. In 1994, "Shape of My Heart" was featured in the end credits of ''Léon'', replacing Eric Serra's ''The Experience of Love'' (a track that Serra eventually used in his 1995 soundtrack for the James Bond film ''GoldenEye''). - Wikipedia