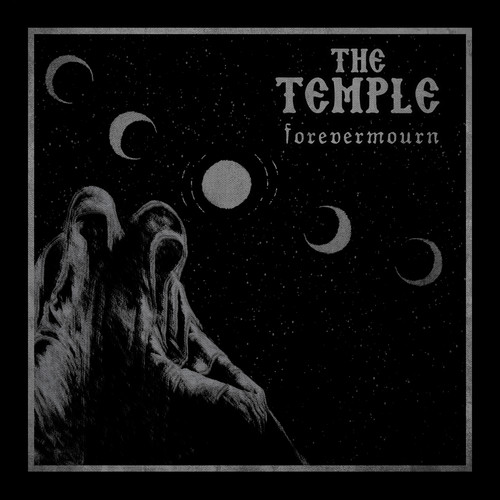 2016 release from the doom metal heads. The Temple was first erected around 2005 in honor of doom metal, and the profound and powerful emotions the genre endeavors to convey. On account of local metal heads being largely ignorant and unsupportive of doom at the time, the beginning was downright tough on the band. A demo was nonetheless recorded before other commitments sent The Temple into a long hiatus. Several years later the band was resolutely revived by chief songwriter and lyricist, Father Alex. With new members recruited and the lineup solidified, momentum was gained, gigs were scheduled and an EP of older songs was self-released in early 2015, immediately grabbing the attention of I Hate. Fast forward to 2016 and the debut album, Forevermourn. The music that is oftentimes epic and melodic, not to mention earnestly and keenly poignant-was recorded live in an abandoned music hall over the course of one week. The production allows the lugubrious yet regal atmosphere of the songs to seep through the speakers and into the hearts and minds of the congregation of devotees The Temple is sure to attract. Let there be no doubt that Forevermourn was made by avid doom fans, for doom fans, drawing influences from Scald, Solstice, Warning, and Mirror of Deception. It will be a momentous and ultimately unforgettable experience for doomsters.
back to top