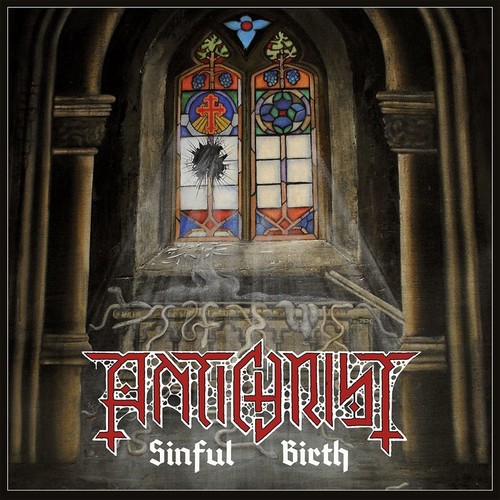 2017 release, the second album from Swedish thrash metal maniacs Antichrist. Six years have passed since the debut album, and we dare to say expectations are sky high on the new abomination the squadron have given us! Antichrist has walked the classic underground path since they formed back in 2005; releasing demo tapes, delivering violent live performances all over the place (and the earth) and establishing themselves as one of the most respected artists in the underground metal community. Since the beginning the (morbid) vision has been to take everything to the extremes and deliver raw, dark and uncompromising thrash metal. With Sinful Birth, the group's next step has been taken: to add speed, technicality and evil seed to the sound we got to know on the debut (an album, the members are still proud of). With Sinful Birth, the gates to hell have been opened, you're welcome to join in (if you dare)!