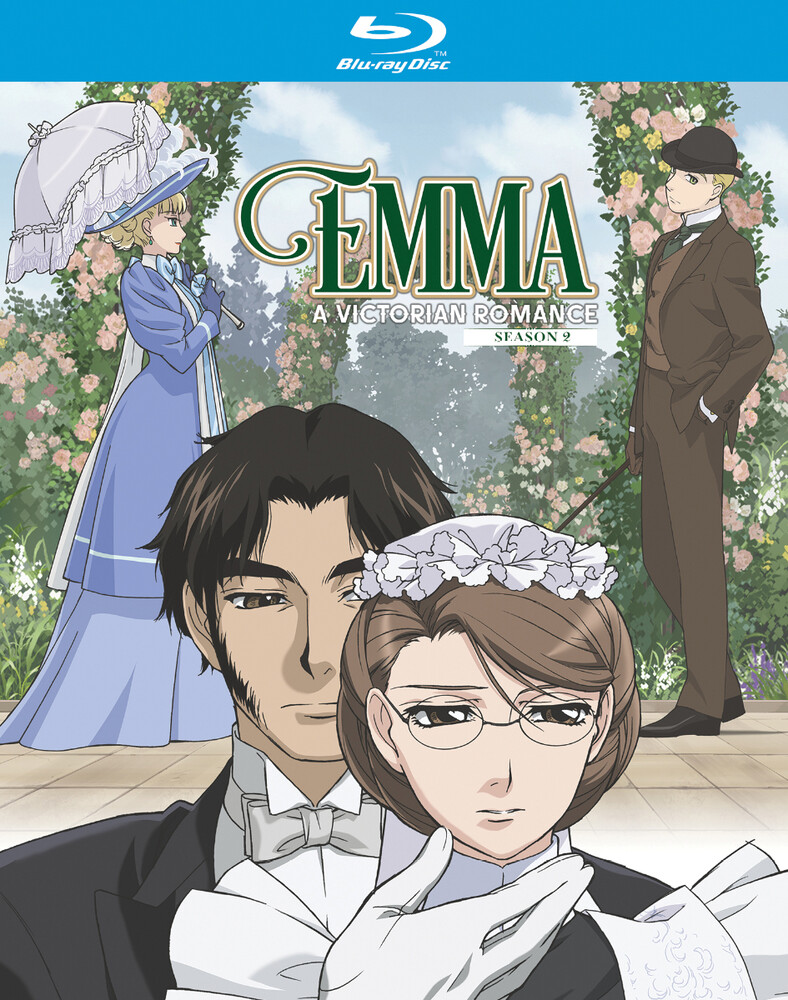 In the faraway village of Haworth, a new chapter in Emma's life has begun. Now employed by the wealthy Molders family, Emma has resolved to put the past behind her. She'll have to adjust to a new house, a charming (but eccentric) new mistress, and a host of fellow servants, some with buried pasts of their own. Meanwhile, back in London, William is doing his best to uphold his father's wishes as the Jones family heir, but try as he might, he can't forget Emma. Yet, whenever he feels at his worst, Eleanor is always there to comfort him with a warm, shy smile. Could the answer to his broken heart be right before his eyes? Based on Kaoru Mori's Award-Winning EMMA Manga and featuring an all-new authentically British English dub. Available for the first time ever on Blu-ray! Contains all 12 episodes of Season Two; Bonus Features: Episode 0: Intermission (a recap/preview episode), Clean Opening, Clean Closing, Japanese Commercials, U.S. Season 2 Trailer, and Backer Credits. Audio: English and Japanese 2.0, English 5.1, English Subtitles; Video 1080p 16x9 HD.
back to top