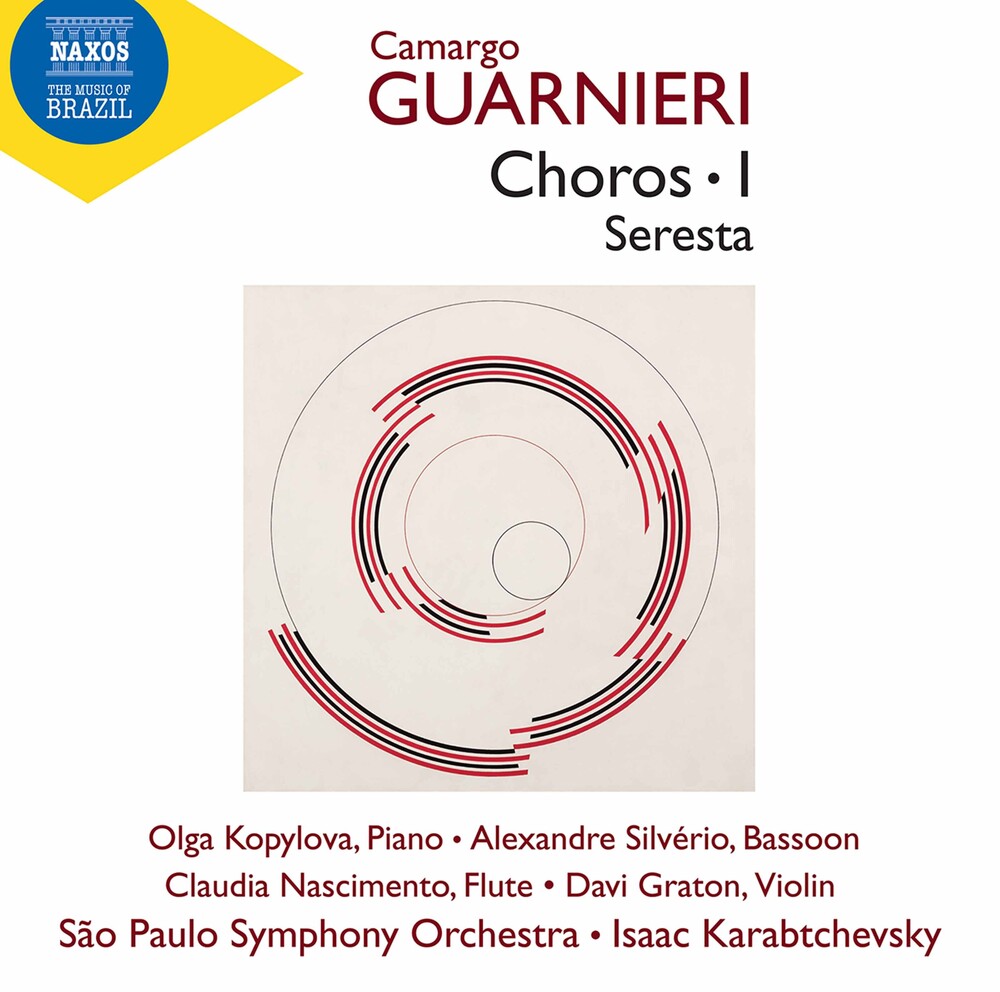 Camargo Guarnieri's catalogue of works represents a legacy of incalculable worth for Brazilian culture, as has his influence as a teacher on several generations of younger composers. His association with the poet and musicologist Mario de Andrade led to the birth of the Brazilian Nationalist School and the ideals of using traditional Brazilian music in classical forms. The series of seven Choros and the Seresta for Piano and Orchestra represent Guarnieri's personal approach to the concerto form, with striking contrasts between potent rhythm and dense, emotionally charged soundscapes and melodies full of Brazilian inspiration. This volume forms part of the first complete recording of the Choros. Artistic director and conductor of the Orquestra Petrobras Sinfonica, Isaac Karabtchevsky is also artistic director of the Baccarelli Institute and the Heliopolis Symphony Orchestra. He was awarded the Premio da Musica Brasileira four times for his recordings of the complete symphonies of Villa-Lobos with the Sao Paulo Symphony Orchestra on Naxos. He has served as the musical director of the Teatro La Fenice, the Orchestre National des Pays de la Loire and the Tonkunstler Orchestra.