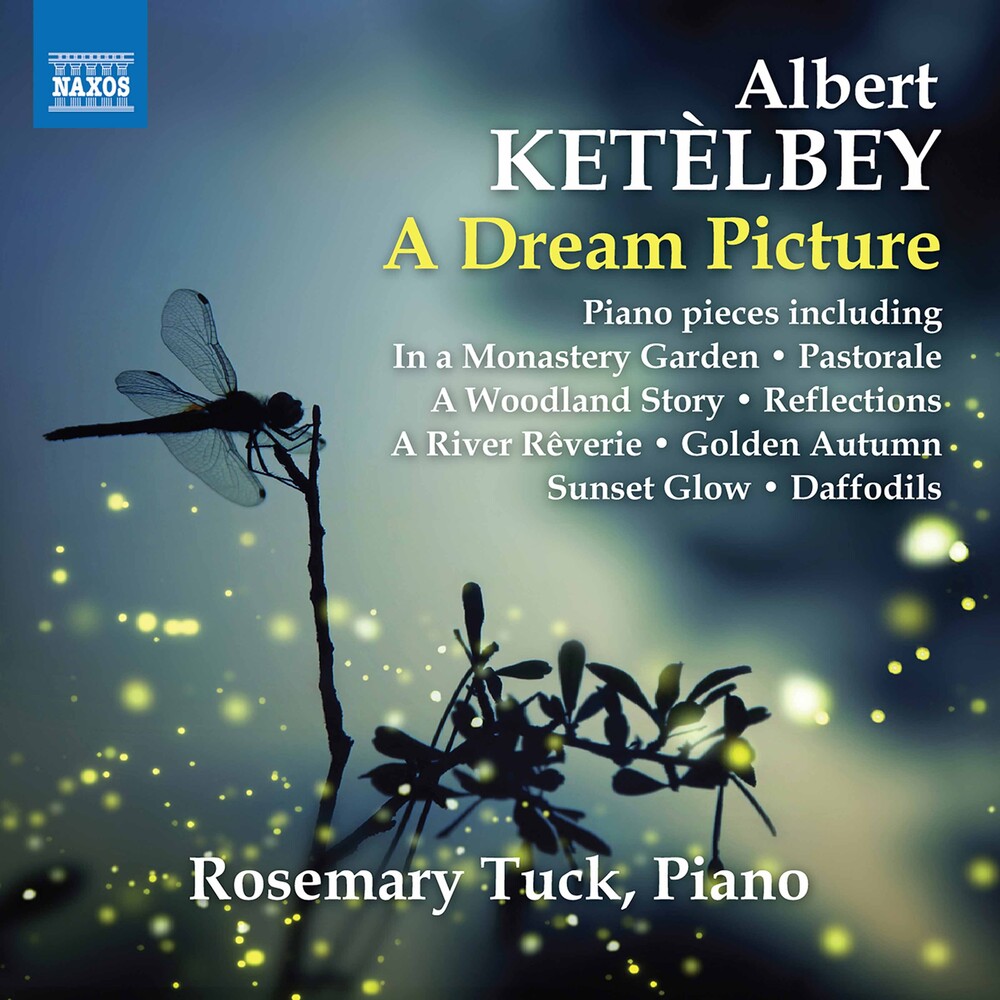 Albert KetĂ¨lbey reached such a pinnacle of eminence and popularity that in 1929 he was named as Britain's greatest living composer, based on the number of performances of his works. His original pieces for solopiano range from serious concert works to salon charmers, always characterized by strong melodies, distinctive rhythms, and unexpected phrases, as can be heard on this album. One of his most well-known pieces, In a Monastery Garden, is featured in it's original version for solo piano. The Australian pianist Rosemary Tuckhas performed in the Sydney Opera House, Southbank Centre in London, National Concert Hall in Dublin, and Musikhuset Aarhusin Denmark in the presence of Queen Margrethe II. In 2001, she gave the first official performance in the William Vincent Wallace 'Millennium' Plaza in Waterford, Ireland. She has worked closely with Richard Bonynge, AC, CBE, as both soloist with orchestra and collaborative pianist, and in 2020 was both artistic director and soloist for his90th birthday gala in London.