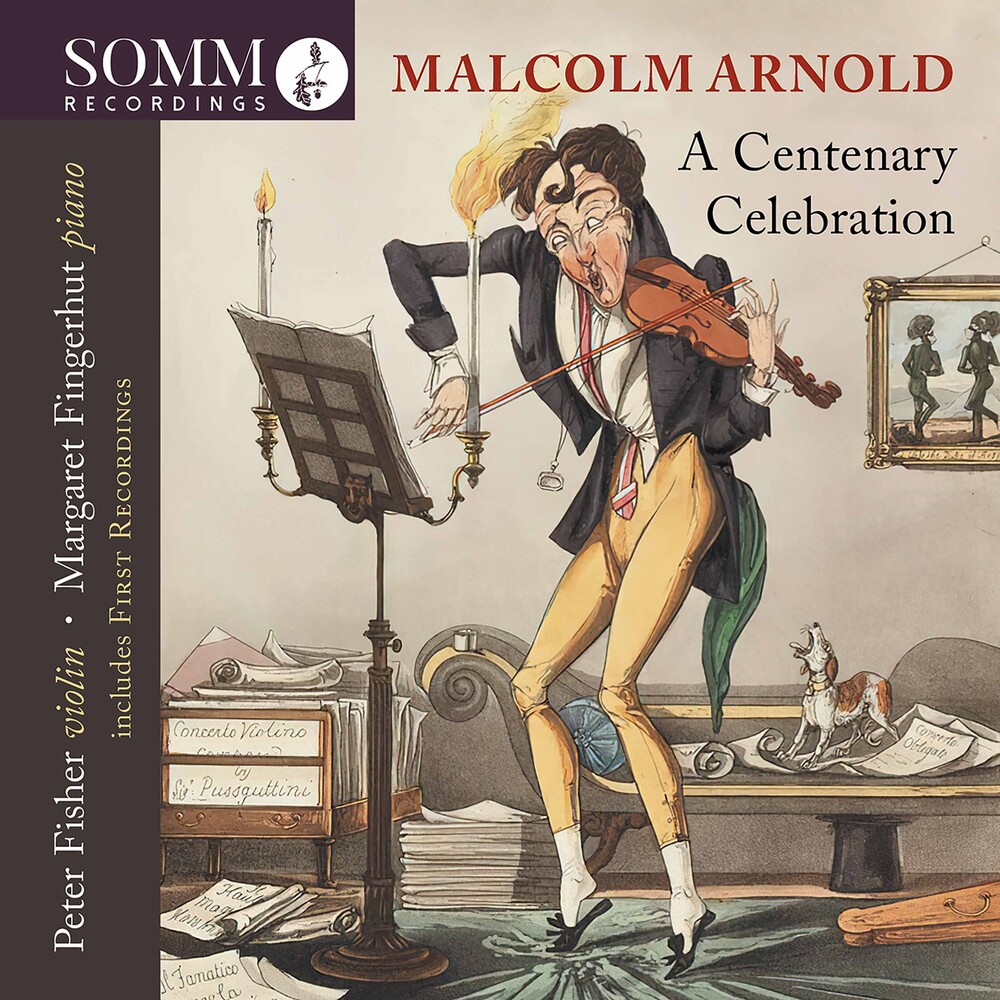 SOMM Recordings is delighted to mark the 100th anniversary of Sir Malcolm Arnold's birth with seven first recordings of arrangements for violin and piano played by Peter Fisher and Margaret Fingerhut. A prolific composer with a prodigious gift for memorable melodies and technical brilliance, Malcolm Arnold - A Centenary Celebration reflects both the serious and lighter sides of one of the most distinctive voices of post- war British music. Heard for the first time on disc are arrangements by Malcolm Arnold Society chair, Alan Poulton, of three film excerpts: the Suite from one of Arnold's most characterful and well-loved scores, Hobson's Choice (1953), Lola's Theme from the 1956 Gina Lollobrigida-starring Trapeze and Madrigal from the 1964 psychological thriller The Chalk Garden. Arnold's ballet music is referenced in Poulton's arrangement of the limpid Sarabande from Solitaire, while his take on Thème pour mon Amis, originally written in tribute to the critic and broadcaster John Amis, was approved by Arnold himself. Two other arrangements receive premiere recordings: the decidedly European-sounding Five English Dances (taken from two sets produced in the early 1950s) by Paul Harris, and David Gedge's re-working of the Op.59 Four Scottish Dances, which was first performed by Peter Fisher and Margaret Fingerhut in 2016 to mark the tenth anniversary of Arnold's death. Completing the programme are Arnold's two Sonatas for Violin and Piano - the three-movement First from 1947 and the single-span Second of 1953, together with the enigmatic, Yehudi Menuhin-dedicated Five Pieces for Violin and Piano (Op.89, 1964). Making their SOMM Recordings debuts are violinist Peter Fisher, hailed by The Times as "one in a handful of the world's finest musicians", and British music champion Margaret Fingerhut who has been described by Gramophone as a pianist of "consummate skill and thrilling conviction".