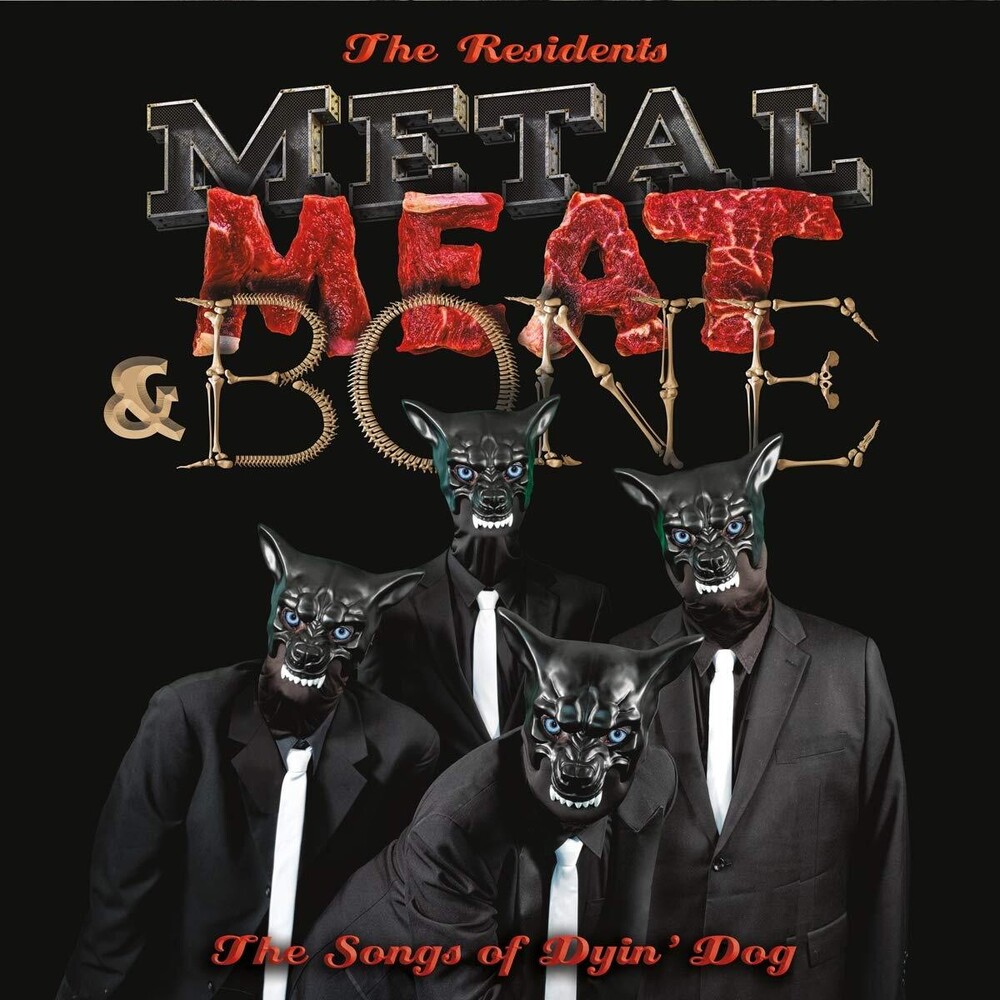 Realising a career-long ambition, The Residents finally explore The Blues! Having been turned on to the music of lost bluesman Alvin Snow, aka Dyin' Dog, the group presents their interpretations of all ten of Snow's known recordings, alongside several new compositions inspired by his work. Fans will be familiar with The Residents love of cover versions and imposing themselves on the material of countless seminal artists. 'Metal, Meat & Bone' sees the group take that approach a step further, having discovered a previously unknown artist on their own doorstep and found themselves moved to record their own tribute to his work. The result is a collision of the pain of the wounded bluesman and the subversive and unpredictable sound of this most unique of bands. Having performed a handful of Snow's songs on their recent 'In Between Dreams' world tour, The Residents now present an entire suite of 'The Songs Of Dyin' Dog' alongside the original Alvin Snow recordings, as discovered by longtime friend and associate Roland Sheeehan. 'Metal, Meat & Bone' also sees The Residents perform alongside several collaborators, old and new. Eric Drew Feldman, Nolan Cook, Black Francis, Carla Fabrizio, Sivan Lioncub and Peter Whitehead all contribute.
back to top