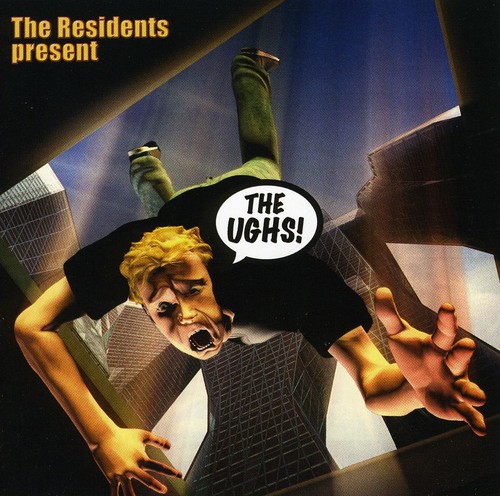 When The Residents begin work on their 2007 opus to insanity, the Voice of Midnight, the group felt the need to shake things up, consequently they created an alter ego through which they could act out new roles. Proudly, The Residents christened this conceptual alterego as THE UGHS! Utilizing this new persona, THE UGHS quickly became the perfect vehicle for exploring the conflicted emotions of Nate, the Voice of Midnight's tormented protagonist. The group then fashioned "written music" from the raw, impulsive ideas created by the UGHS!, building the musical structure of the Voice of Midnight on these pieces. Two years later these original UGHS! Recordings were rediscovered; freed from it's previous role supporting the Voice of Midnight's narrative, the music suddenly sounded as fresh as when it was first recorded. The time had come to resurrect THE UGHS. Falling in the direction of a ritualized, primitive free jazz, the UGHS! Is unlike anything ever created by The Residents.
back to top