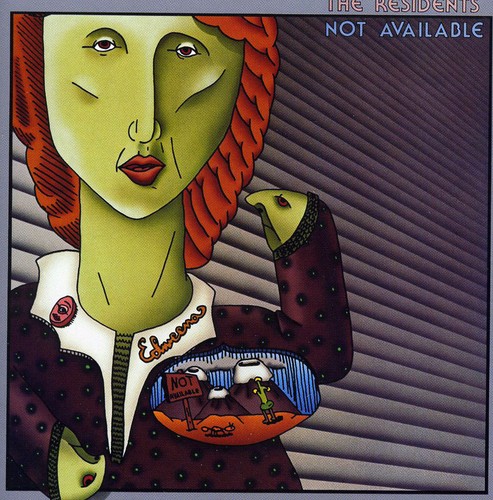 While there are a million stories about The Residents, one of the more intriguing concerns the recording of their second LP, Not Available. Early in the career of the band, the "theory of obscurity" was introduced to them by the German avant-guardist, N. Senada. The plan called for the creation of complete projects that were literally not intended to be heard by anyone other than it's creators. The Residents realized the truth in this ideal: that music really was difficult to record without considering the audience. They thought the experience gained by completing such a project would prove worthwhile toward achieving an independent attitude toward music. Not Available was completed in 1974 and stored. Several years later, in 1978, The Residents were severely over schedule on their opus, Eskimo. The record company pulled Not Available from the masters room and released it. Surprisingly, The Residents were not upset by this fact since it in no way violated their original intent.
back to top