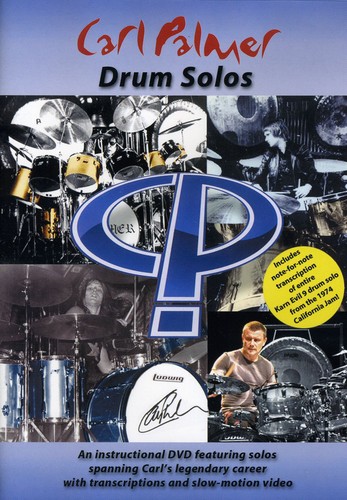 Superstar drummer Carl Palmer finally releases his first DVD. This title features Palmer performing his most legendary drum solos, including the immortal "spinning" California Jam performance from 1974. From his early years in the Crazy World of Arthur Brown and Atomic Rooster; through his legendary association with platinum superstar bands, Emerson Lake & Palmer and Asia; and behind the drum kit of his own popular solo band; Carl Palmer remains one of the greatest rock drummers of all time. Video clips of Carl's drum solos are included on this DVD at 50%, 75% and 100% speed so you can clearly see and hear every note played.