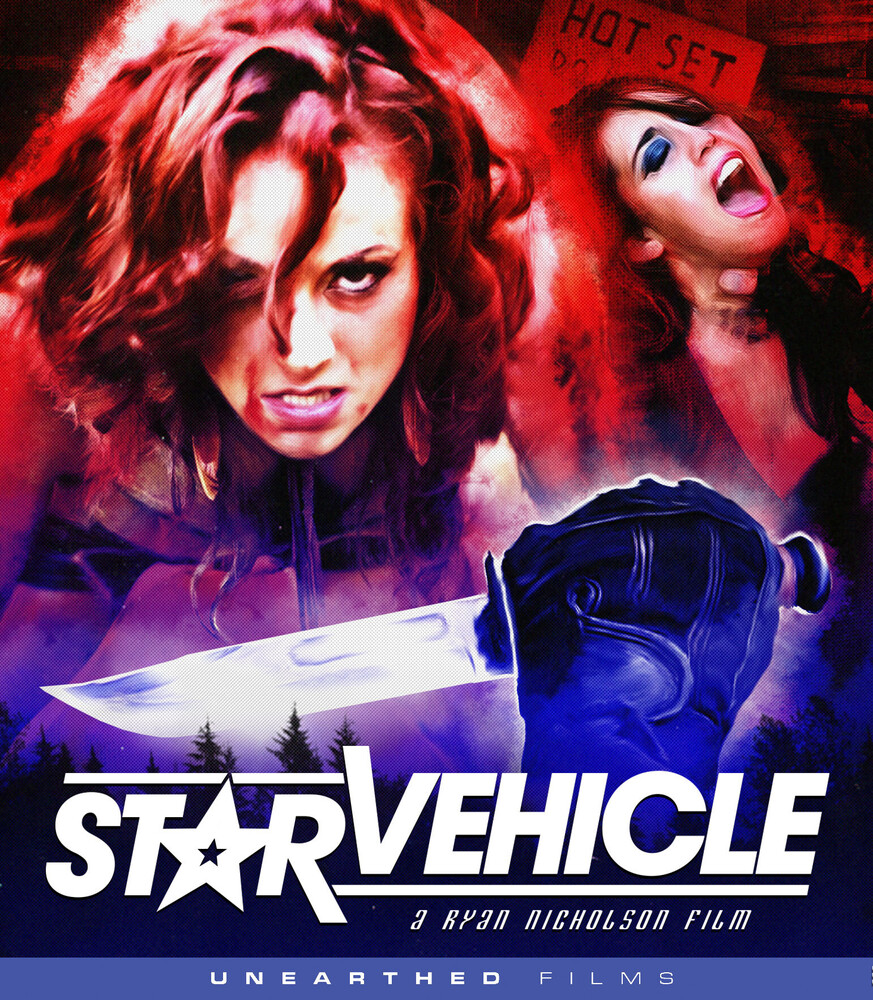 "Star Vehicle" follows the downward spiral of movie driver Donald Cardini, a self-professed movie buff with a penchant for explosive violence when provoked. Driving the stars of low-budget movies, along with their fragile egos, to and from locations in the middle of nowhere, pushes Don's buttons in all of the wrong directions. When Luke, the young and self-absorbed writer/director challenges Don's authority, murder and mayhem ensues. The movie's Scream Queen' starlet, Riversa Red, to her dismay finds herself the target of Don's obsession. With his encyclopedic knowledge of her "body" and body of work, Don worms his way onto Riversa's good side, no easy task. Not knowing whether to fear or friend Don, Riversa finds herself at the center of a cyclone with Luke and Don both vying for her attention. A mysterious Hotel Bellboy and an unknown "watcher in the woods" lend themselves to the growing suspense as the cast and crew hold-up at Forest Grove Lodge. After a couple of grueling days into the movie shoot, Don goes berserk, getting himself kicked off of the show. But letting go of Don doesn't come without a price. When he shows up the next day, 9 mm handgun in tow, the cast and crew are forced to act in Don's own home movie. Those who make a stand are dealt a deadly hand and those that await their fate wish they never stepped into the "Star Vehicle". Once the wheels of horror start rolling, there's no turning back.