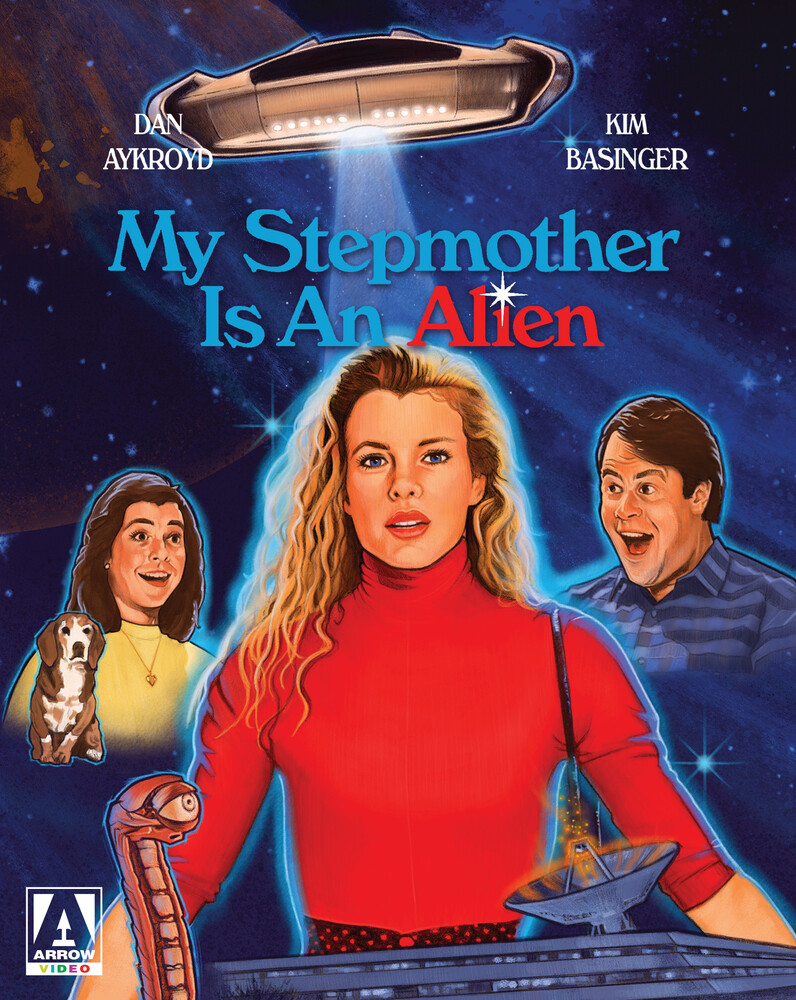 He married a girl from out of town... Way out of town. Dan Aykroyd (Ghostbusters), Kim Basinger (The Nice Guys) and Jon Lovitz (Southland Tales) star in a fish-out-of-water comedy with a sci-fi twist that questions whether a romance between two star-crossed lovers who are literally worlds apart can ever work. When widowed astronomer Steve Mills (Aykroyd) inadvertently causes a gravitational disruption in deep space, a race of hyper-advanced alien lifeforms sends one of their own to investigate, disguised in the alluring human form of Celeste (Basinger). Tasked with seducing the lovelorn Steve in a bid to gain access to his scientific research, Celeste finds herself falling for the man she's been sent to swindle. But they've not counted on Steve's young daughter Jessie (Alyson Hannigan, TV's Buffy the Vampire Slayer), who's none too thrilled by the prospect of a new mother - especially not one from another planet. Funny and touching in equal measure, My Stepmother is an Alien is an offbeat and at times surprisingly risqué comedy that confirms the adage that what unites us is far greater than what divides us... even if what divides us happens to be an entire galaxy.