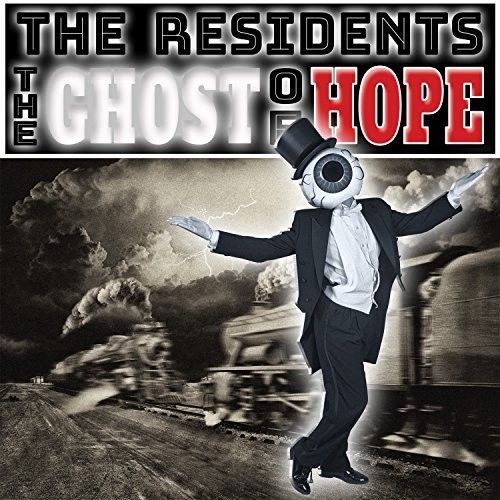 Following their long tradition of projects based on narrative themes, The Residents are pleased to announce the release of The Ghost of Hope, an historically accurate album based on train wrecks. Pursuing this theme in both a literal and metaphorical sense, the group discovered a series of vintage news articles highlighting the dangers of train travel in the late 19th and early 20th centuries. Inspired by the era's elegant language, the group then contrasted that eloquence against the sheer horror of these devastating events, resulting in an album that sounds both startlingly new and curiously nostalgic. Using the familiar elements of music, spoken voice, sound effects and audio textures, The Residents have constructed a highly original series of tone poems quite unlike the music of anyone else - except, of course, The Residents. The album features guest collaborator Eric Drew Feldman - who has worked with everybody cool, so he's already in your record collection.