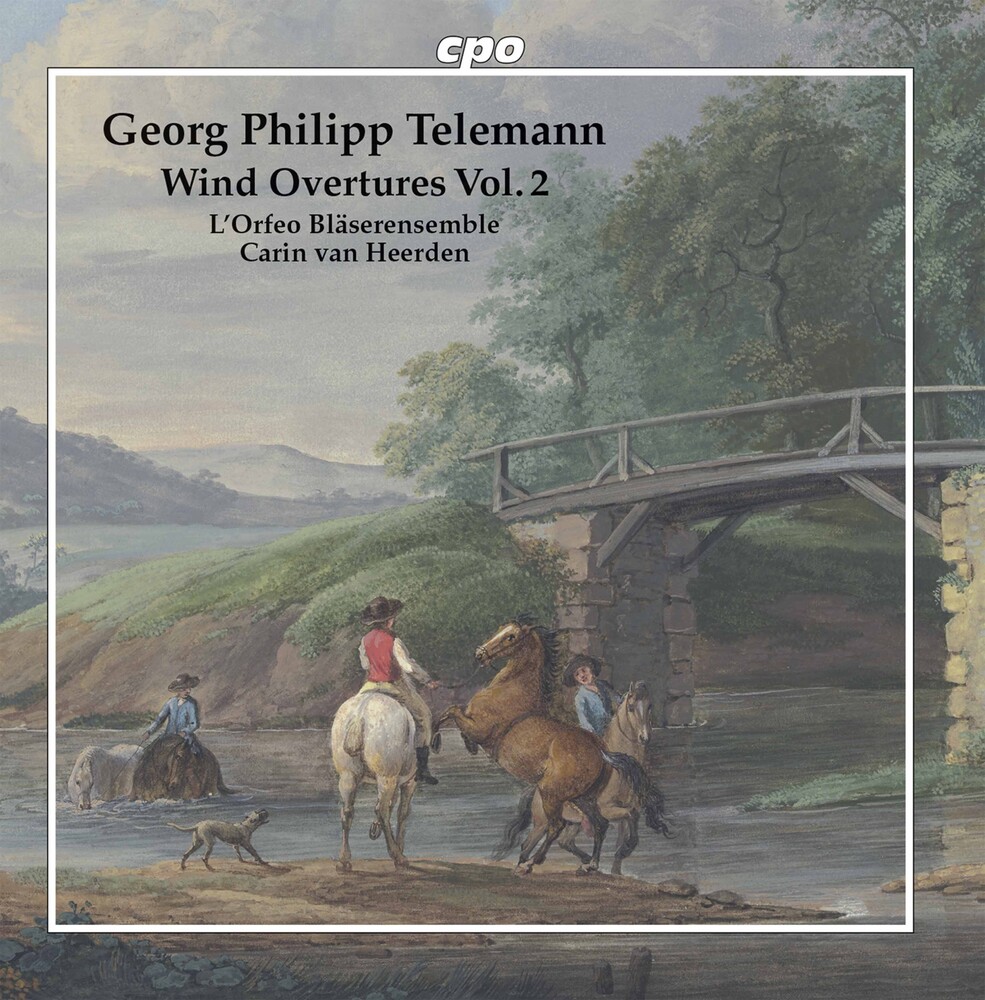 "Specializing in unknown repertoire, cpo is now serious about uncovering yet another veritable treasure:" this is what klassik-heute wrote of Vol. 1 of our Wind Overtures by Telemann. This master of all musical trades was also active and extremely successful in the field of Harmoniemusik - the compositional genre for wind ensembles entrusted with military, hunting, and table music. The wind version of the work known as the "Alster Overture" heard along with other works on Vol. 2 is regarded as a model example of this artistic philosophy of Telemann's. However, what is a more important key to the significance of the work is the knowledge that the movements following the overture are practically to be understood as an audio instrumental preview of the serenata composed by Telemann and going along with them. In this overture suite the "musical artist" presents to our ears highly atmospheric sound depictions of Hamburg and what were then it's country surroundings, through which the Alster River flowed. Even the singing swans majestically gliding along the Alster are represented in a wonderfully beautiful sarabande. At the end there is a spirited gigue in which shepherds, hunters, nymphs, and Pan, as it were, gather together again in order to conclude the musical preview anticipating the serenade.
back to top