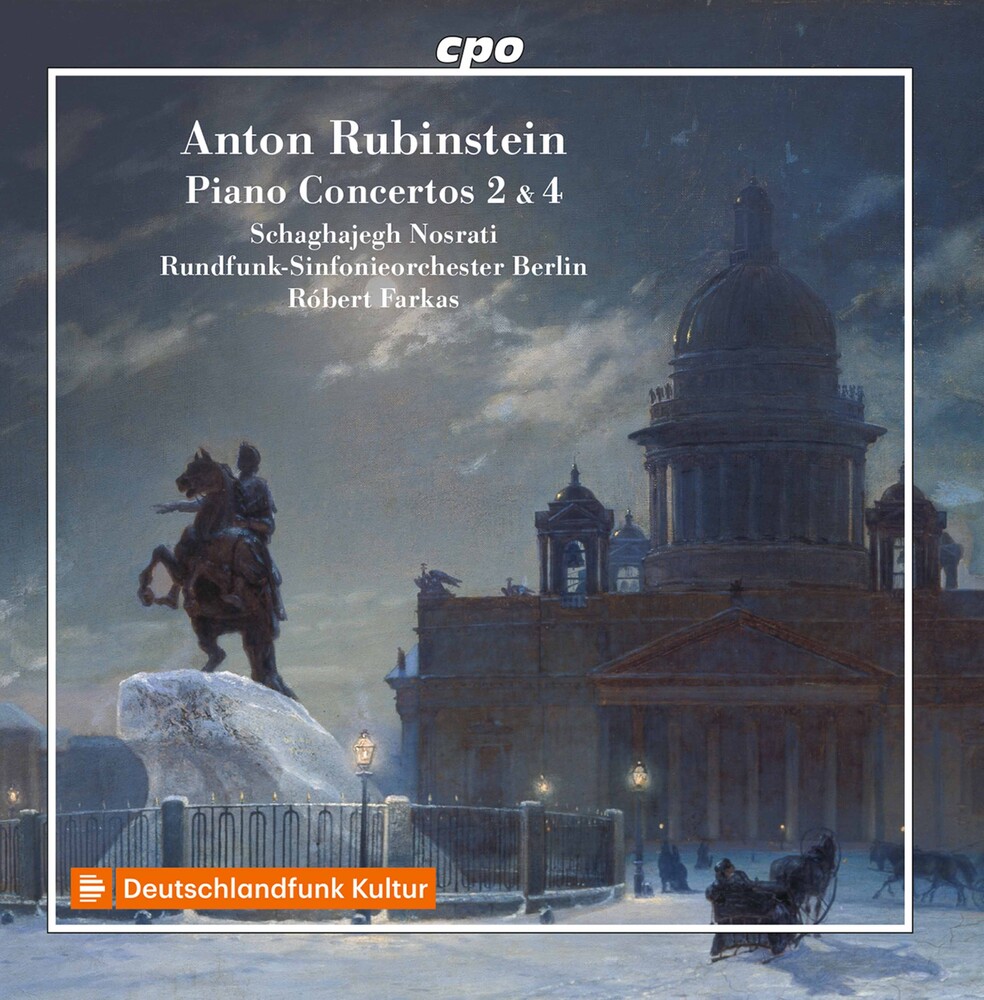 During his lifetime Anton Rubinstein was regarded as the greatest pianist among composers and as the greatest composer among pianists. He himself assigned clear functions to his two fields of activity: he concertized to live, and he lived to compose. Such a plan of action finds it's greatest fulfillment when the two spheres overlap: in Anton Rubinstein's piano concertos, which were products of his compositional calling for his concert profession and works by the composer for the pianist. Thirteen years, stylistic nuances, and a decisive step on the career ladder came between his Piano Concertos Nos. 2 and 4. The twenty-one-year-old's early second concerto met with a very favorable response in it's time because of it's marvelously beautiful tonal effects. It was then above all his fourth concerto that from the very beginning was enthusiastically received by fans of symphonic orchestral music and friends of virtuoso solo performance. Here Schaghajegh Nosrati, who is regarded as an extremely versatile musician and owing to her outstanding reputation as a Bach interpreter very early was able to establish herself as a concert pianist, interprets these works for us.