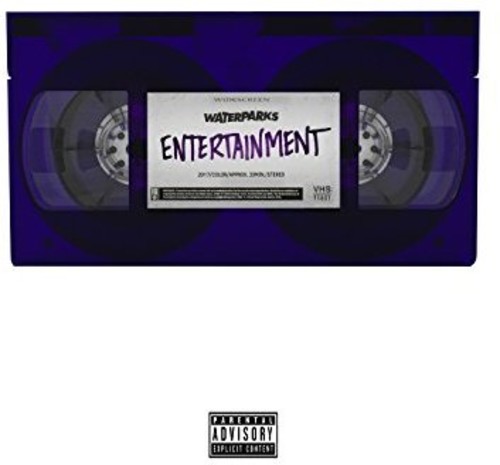 Waterparks are gearing up to release Entertainment - produced by Benji Madden and Courtney Ballard [All Time Low, 5 Seconds of Summer] via Equal Vision Records. The album serves as a follow up to their 2016 debut Double Dare which sparked their career, landing on numerous Billboard Charts including Top New Artist, where it charted for eight consecutive weeks. Since the release of Double Dare, the band has remained on the road, touring with the likes of All Time Low, Sleeping With Sirens, Mayday Parade, and The Maine - not to mention their most recent completely sold out UK tour in October 2017. With the release, Waterparks became press darlings, landing them on the covers of magazines such as Alternative Press, Kerrang and most recently Rock Sound in May 2017. The band will again grace the cover of Rock Sound in December having just won "Best International Breakthrough Band" and frontman Awsten Knight will be featured on the cover of Alternative Press in Jan-Feb 2018 after winning "Best Breakthrough Band" this past summer.