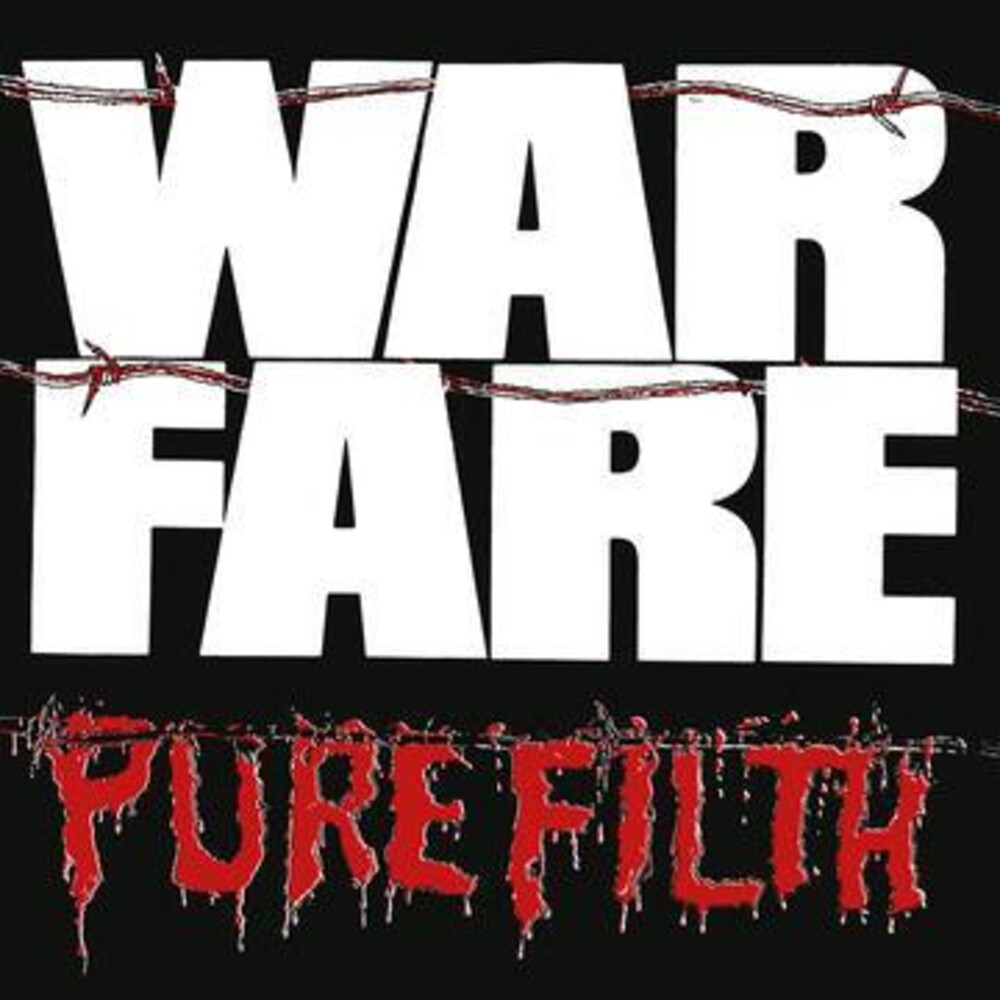 Vinyl LP pressing. Following the success of Warfare's Noise, Filth & Fury EP, Neat Records gave the go-ahead to drummer/vocalist Evo and Co. To go back into Impulse Studios to come up with a full-length album. The result was 1984's Pure Filth, a suitably unsubtle 10-headed monster produced by Tank's Algy Ward. The album unveiled a punk/metal hybrid that spat bullets and oozed class conflict from every pore. There were no ballads, no let-up, and no escape from an anarchic vision of total Armageddon. Bands like Warfare were taking metal into a different direction and, back in 1984 when the thrash metal boom was still in it's infancy, Pure Filth was about as heavy and as aggressive and as malevolent as it was possible to be.