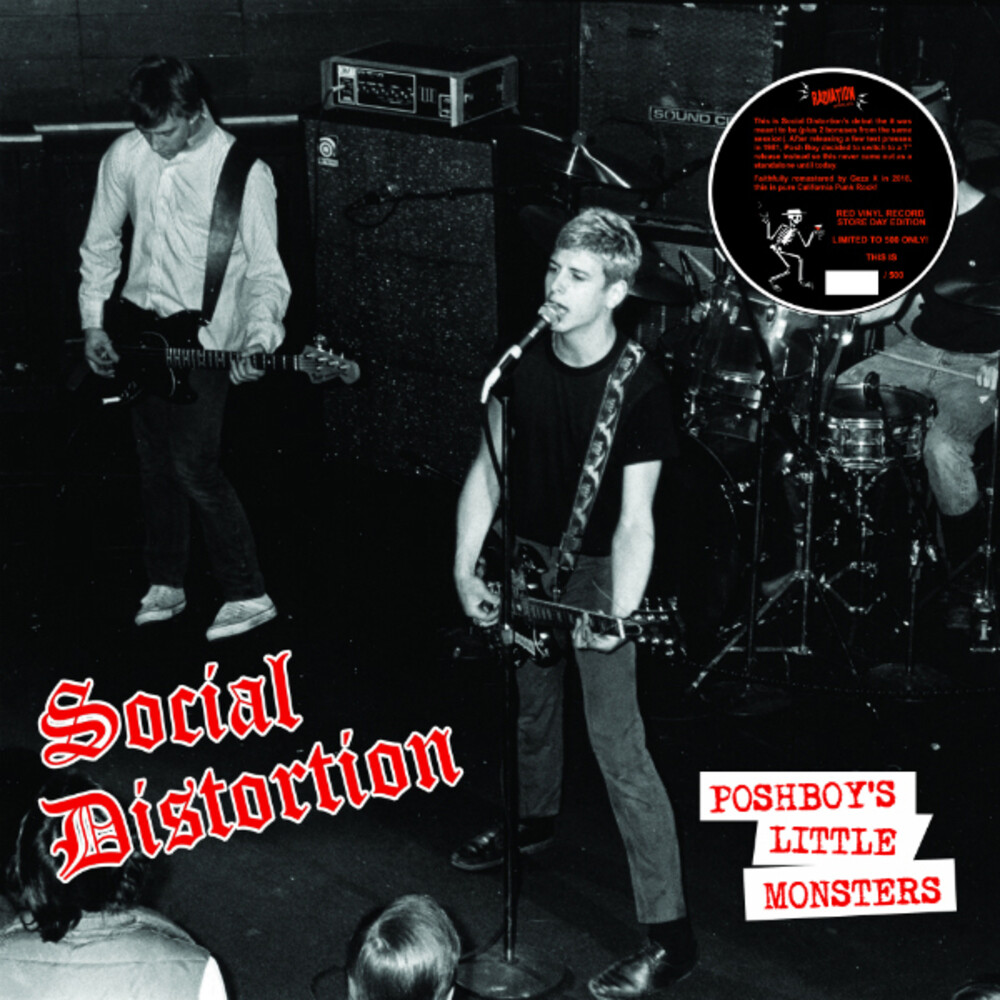 Black vinyl version on Radiation Reissues. Formed in Fullerton, CA in 1978, Social Distortion were one of the original LA punk groups and their first single was released on legendary LA punk label Posh Boy. But far more rare than that first single ("Mainliner" b/w "Playpen") is the unreleased EP Poshboy's Little Monsters. This EP only made it to the test pressing stage back in 1981, and featured those two tracks from the first single along with "All The Answers" and "Justice For All". This is the absolute holy grail for Social Distortion fans and it's finally available in commercial form. Includes two bonus tracks."Of the three teenagers who recorded for me, one has died, another was believed to be dead and one became immensely wealthy from playing music. The one who did hard time in prison was not Mike Ness. It was the drummer Carrot, better known as John Stevenson, now living a very ordinary life in rural Florida. I now count John as a dear friend. Apparently, he was only 16 years old when he rolled into the studio that day in April 1981, armed with a taped-up pair of drumsticks. He played great as did both Mike and Dennis (RIP). This time there was no fighting in the studio over production values. I had promised Ness that we would not fight so once there was a minor disagreement over the artwork for the proposed 12", I dropped the project in favor of the Playpen/Mainliner 7" which sported iconic artwork from the band." -Robbie Fields, New Year's Day, 2019